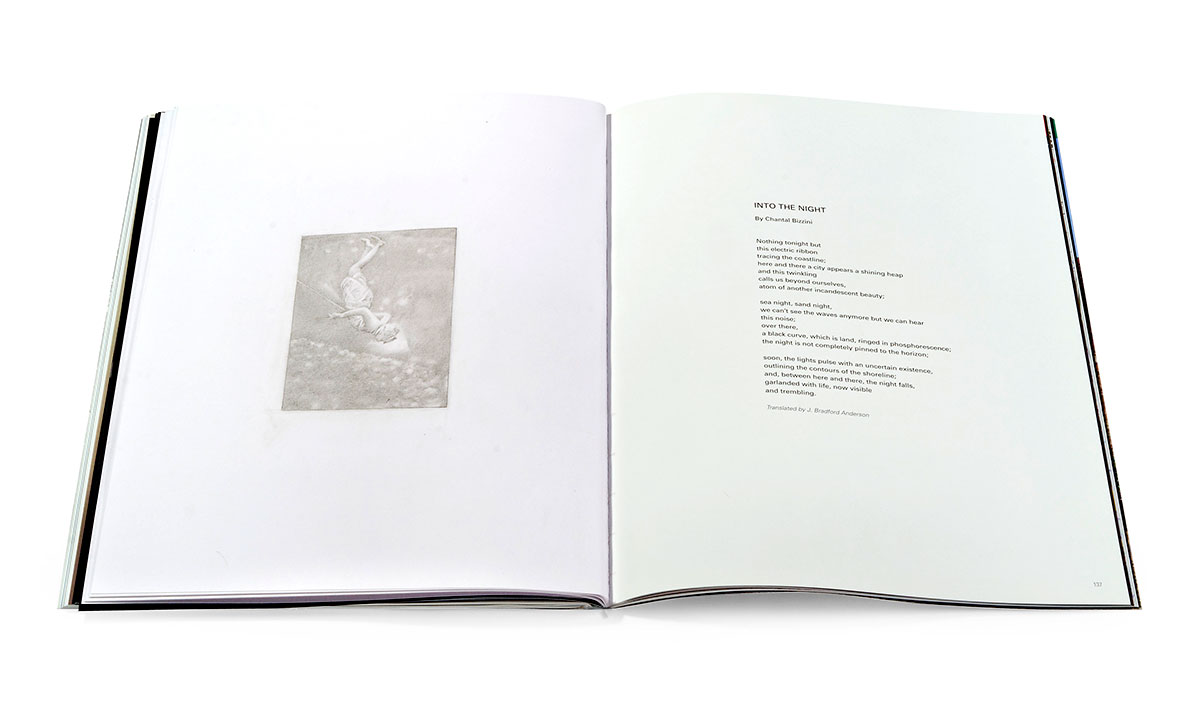 Chantal Bizzini was born in 1956 and has lived most of her life in Paris. After studying to become a curator, she earned a Ph.D. in comparative literature from the University of Paris, writing her dissertation on the persistence of antiquity in the poetry of Ezra Pound and Hart Crane. Bizzini began publishing poetry in the early 1980s and is highly regarded for her French translations of British and American poets, including Ezra Pound, Hart Crane, W. H. Auden, Adrienne Rich, John Ashbery, Clayton Eshleman, Henri Cole, and Jorie Graham in Po&sie, Action Poétique, Le Mâche-Laurier, Rehauts, and Siècle 21. Bizzini’s poems have been translated and published in Italy, Spain, Mexico, Canada, and Greece. She is also a visual artist, creating complex collages of urban landscapes with photographs and digitally manipulated images, which serve as analogues of her complex, palimpsestic poems.

J. Bradford Anderson was born in Framingham, MA, and lives in New York City. He studied at the Sorbonne, then went on to receive a B.A. in comparative literature from Stanford University and a Ph.D. in comparative literature from Yale University. Anderson has written about 20th-century U.S. and Latin American literature and was the lead translator of Alexander von Humboldt’s Political Essay on the Island of Cuba (University of Chicago Press, 2011). His translations of Chantal Bizzini’s poetry have appeared in the Backwoods Broadsides series and Two Lines: A Journal of Translation. With Marilyn Kallet and Darren Jackson, Anderson edited and translated Bizzini’s book Disenchanted City, published by Black Widow Press in September 2014.