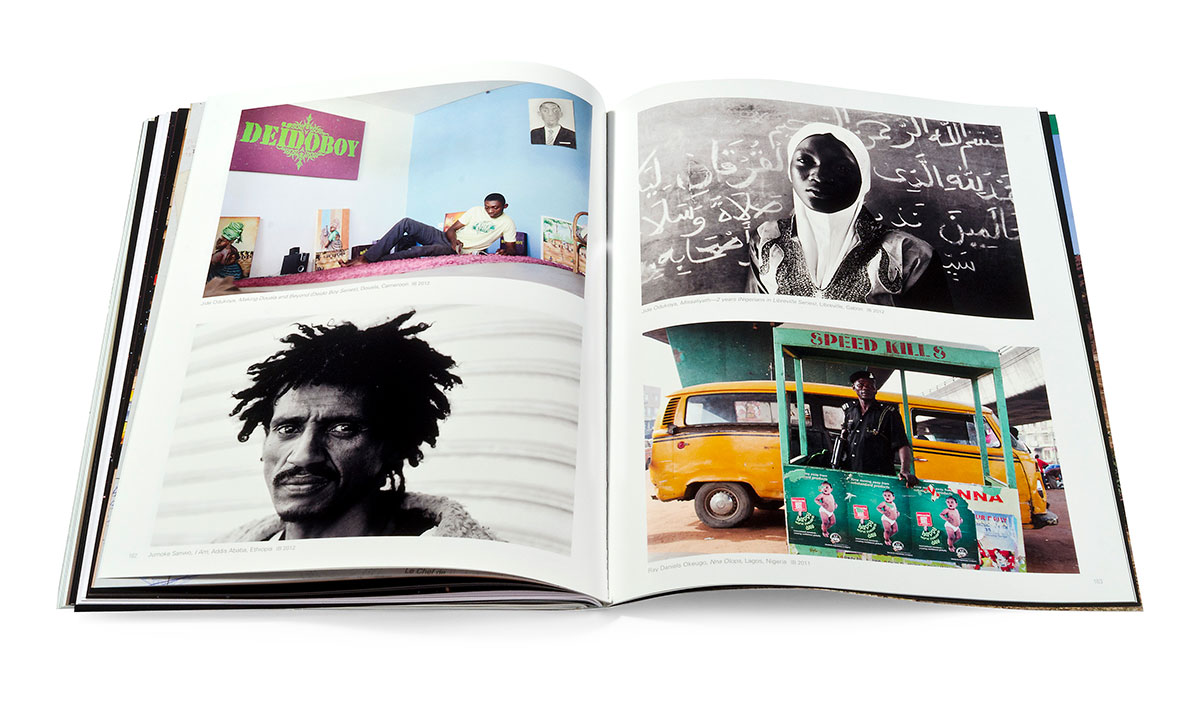 “Our goal is to render visible an art that aims neither to stereotype Africa nor to refute its stereotypes. Mainstream media’s misrepresentation of Africa as a complex, war-torn single “country” with starving children waiting to be saved by Bono makes this goal particularly challenging.”—Emmanuel Iduma

The extraordinary artist's collective Invisible Borders brings together a group of photographers each year to travel across African countries in a van on a “road trip,” documenting their experiences as they do so. At each location, photographers and filmmakers produce work mostly in the form of street photography, or sometimes work on more conceptually oriented projects developed during the course of the trip. Writers are required to update a daily blog in which they share and reflect on the trip's progress.

In his introduction, Emmanuel Iduma, the group's director of research and concept development, talks about the daunting, and truly unique, challenges the group faces as they undertake to render visible an Africa that is unknown to the vast majority of the world. His essay is followed by a selection of 25 photographs from past road trips.

Emmanuel Iduma attended Obafemi Awololo University in Ile-Ife, Nigeria, graduating with a degree in law in 2012. That same year, he published his first novel, Farad (Parresia Publishers). His fiction, essays, and poetry have appeared in a number of journals, and his unpublished novel Becoming God was longlisted for the 2013 Kwani? Manuscript Prize. Iduma, who is the copublisher and creative director of Saraba magazine, was the curator and host of the TEDxIfe  conference in Nigeria in 2012 and 2013. Gambit: An Anthology of Newer African Writing, coedited by Iduma and Shaun Randol, will be published by The Mantle/McNally-Jackson Books later this year. Currently a graduate student in the art criticism and writing M.F.A. program at the School of Visual Arts in New York City, Iduma is the director of research and concept development for the African artists’ collective Invisible Borders.