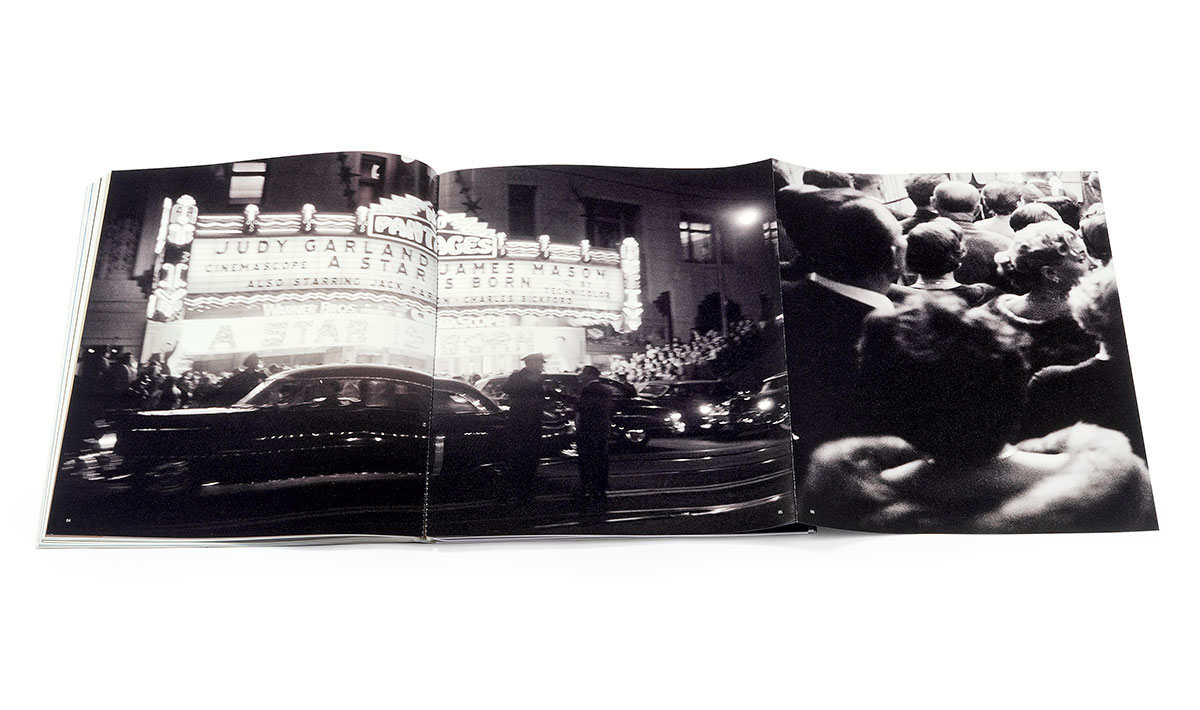 “Glamorous premieres are nothing new to Hollywood, but according to some observers, Hollywood outdid itself on the opening of Judy Garland's new film, A Star is Born. Searchlights streaked the night sky above the Pantages Theater and 30,000 people jammed the streets to watch a galaxy of stars pour in to honor Judy.”—from Magnum Photos distribution sheet

For the latest installment in a regular series copresented with the Magnum Photos Archive and edited by John Jacob, we feature stunning photographs by Dennis Stock of "one of the biggest street carnivals of all time"—the 1954 premiere of the classic film A Star is Born.

New York City native Dennis Stock (1928–2010) left home at 17 to join the United States Navy. In 1947, he became an apprentice to Life magazine photographer Gjon Mili and won first prize in the publication’s Young Photographers contest. He joined the photographic cooperative Magnum Photos in 1951. Stock is perhaps best known for his iconic photographs of Hollywood stars, most notably James Dean, as well as his lively portraits of jazz musicians such as Louis Armstrong, Billie Holiday, Gene Krupa, and Duke Ellington, which were published in the book Jazz Street (Doubleday, 1960). In 1968, Stock took a one-year leave of absence from Magnum to create the a film-production company Visual Objectives, where he shot several documentaries; he subsequently served as president of Magnum’s film and new-media division in 1969 and 1970. His photographic subjects in the ensuing years included California hippies, the landscapes of Alaska, Hawaii, and the Far East, and the architecture of large cities. Stock taught numerous workshops and exhibited his work widely in France, Germany, Italy, the U.S., and Japan.