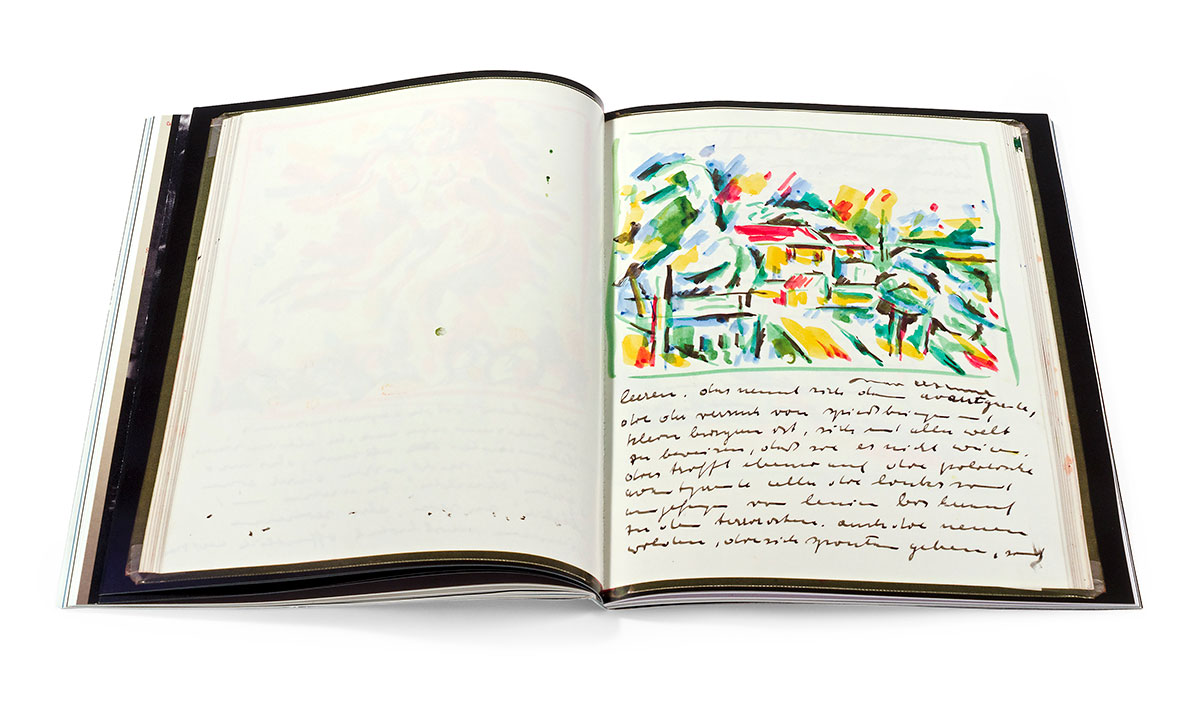 The late artist Otto Mühl's archive was recently acquired by the Getty Research Institute in Los Angeles; it includes approximately 165 sketchbooks produced by Mühl between 1979 and 1997, a number of which feature drawings that take the style or subject matters of other artists—including Michelangelo, Van Gogh, and Picasso—as a point of inspiration or analysis. Included in this issue are pages from a notebook featuring a series of Mühl’s sketches based on the work of Paul Cézanne: a surprising, but clearly inspiring, source for the controversial artist.

Otto Mühl (1925–2013) was born in Grodnau, Austria. After serving with the German Wehrmacht in World War II, he earned a teaching degree in German and history from the University of Vienna and studied pedagogy of art at the Wiener Akademie der bildenden Künste. Following his graduation, he worked for a number of years as an art therapist in a home for emotionally disturbed children. In the early 1960s, Mühl was one of the cofounders of Viennese Actionism, an influential school of radical and at times scatological performance art that set its sights on disrupting and denigrating bourgeois values. By the early 1970s, Mühl had distanced himself from Actionism, and in 1972 he founded the controversial Friedrichshof commune in eastern Austria, the stated aim of which was the destruction of traditional marriage and private property. Mühl was arrested in 1991 on charges that included having sexual relationships with minors and served nearly seven years in prison. Upon his release, he moved to Faro, Portugal, to establish another commune, where he lived until the time of his death. Mühl’s work, which encompasses paintings, drawings, films, and photography, has been exhibited widely, including at the Louvre, Paris; the Museum of Contemporary Art, Chicago; and Maccarone Gallery in New York City. In 2010, the Leopold Museum in Vienna mounted an extensive exhibition of his later work.