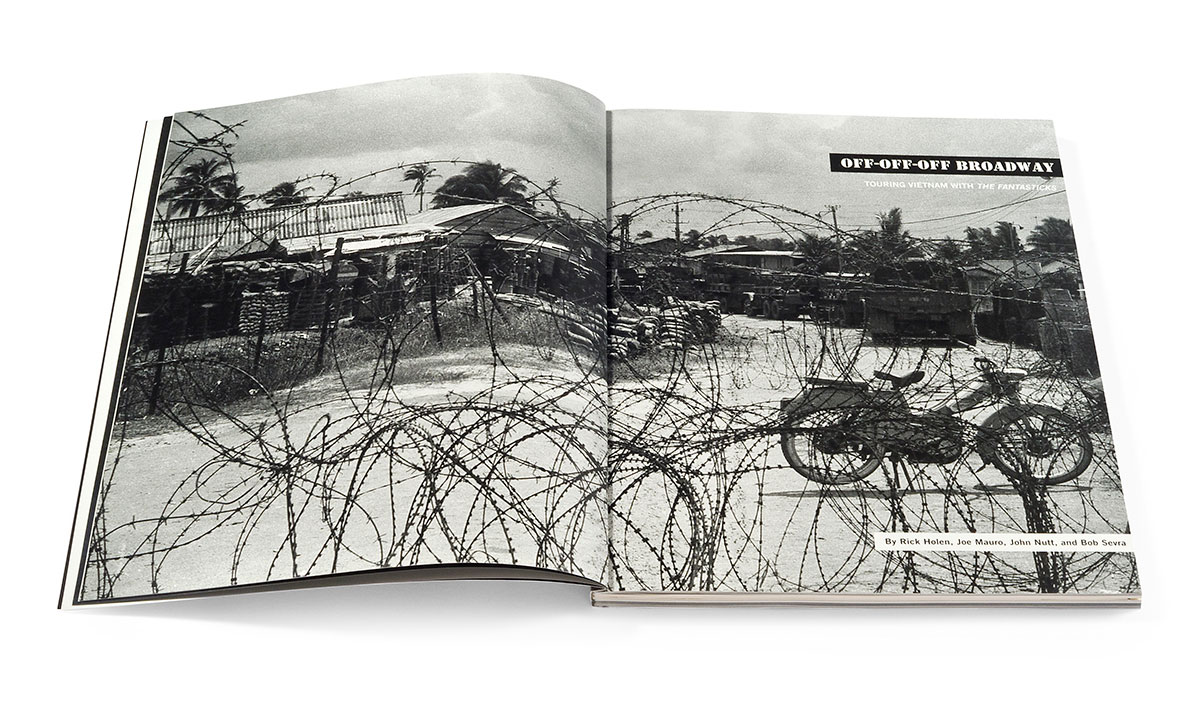 “The GIs seemed to be transported to another plane of existence during the performances. The play lasted only about an hour and a half, but for that short period of time, we felt that we could put at least a temporary stop to the death and devastation, the boredom and total terror of war. The audiences would sometimes give us a standing ovation for five minutes. That is the magic of theater.”–Rick Holen

Four Vietnam veterans recount the harrowing, surreal, and ultimately rewarding experience of touring the front lines with a production of the musical The Fantasticks in 1969.

Upon his return from the Vietnam War, Rick Holen attended St. Cloud State University and received a master’s degree in opera design from Indiana University. Holen and his wife, Anne, have worked as scenic and costume designers in film, television, opera, theater, and dance throughout the U.S. He is currently finishing a documentary about the Command Military Touring Shows in Vietnam.

After the Vietnam War, John Nutt studied film at Stanford University. He has since worked as either a sound or picture editor on films such as Munich (2005), Rushmore (1998), Blue Velvet (1986), and Apocalypse Now (1979). Nutt, who won a BAFTA award for his sound editing on Amadeus (1984), lives with his wife in Albany, CA.

Joe Mauro returned from the Vietnam War and pursued careers in several fields (none of them, to his regret, entertainment). Recently retired, he lives in Lincoln, RI.

Kansas City native Bob Sevra attended Stanford University as an undergraduate and was pursuing a master’s degree in English at the University of Michigan when he was drafted for the Vietnam War. Upon his return, he began a career as an actor and writer. He lives in New York with his wife, actress Rita Gardner.