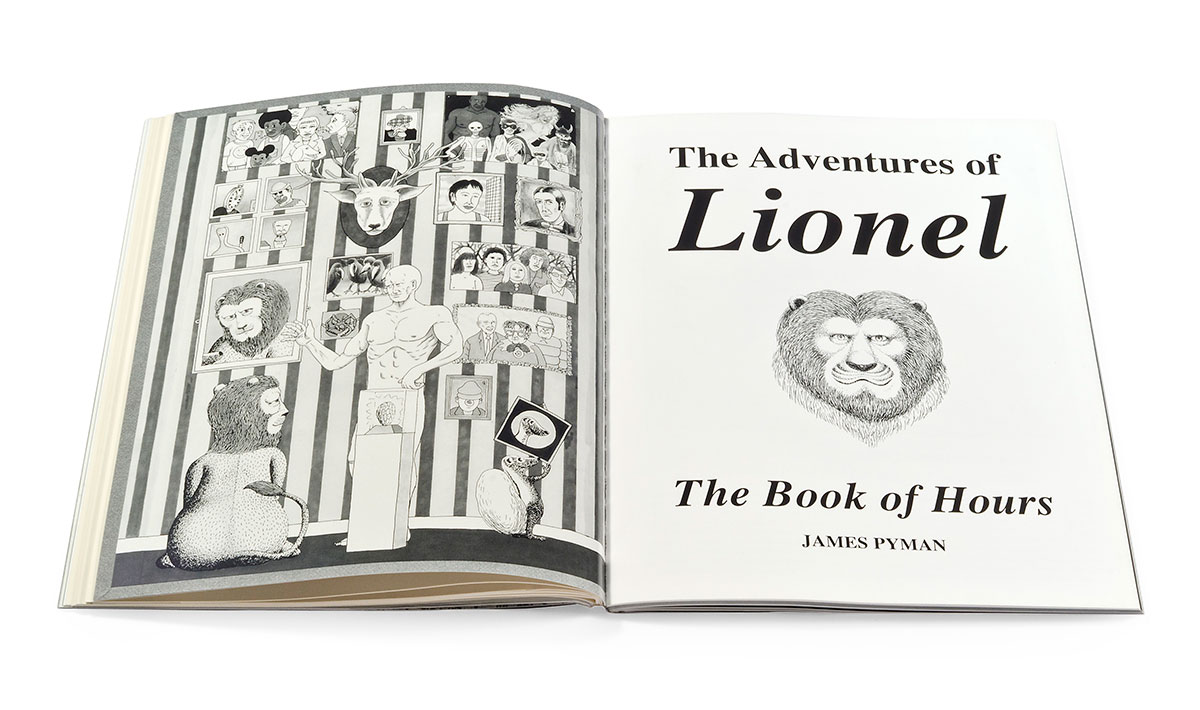 “The hum of sodium light, the indecipherable mutter of a poorly tuned television and a distant engine’s repetitive whirr all dreamily swirled into a picture of Lionel and Slinky walking down a lane at night, a cul-de-sac off a one-way street in a council estate off the old part of a coastal dormitory town an hour’s train ride from the edge of a city; summer-breeze evening, warmth leaking from tarmac into heel and pad, a helipad in a junior school playground, cracked weed-strewn twilight.”

The London-based artist adopts the storytelling structures of children’s books such as Rupert and Tintin in this evocative, richly presented project.

Artist James Pyman has exhibited at Cabinet in London and Susan Inglett Gallery in New York, as well as in group shows at Angstrom Gallery in Los Angeles and at the ICA in London. His previous projects include Nine Panel Grid (a series of comic books) and Wilf: A Life in Pictures (the fictional biography of an English editorial cartoonist). He recently illustrated Mark Kamine’s The River in the Living Room and contributed a series of drawings for the Four Corners Books’ edition of Dracula. An earlier version of The Adventures of Lionel: The Book of Hours was published in 2007 in an edition of 150 by Piece of Paper Press, the imprint of U.K. author Tony White.