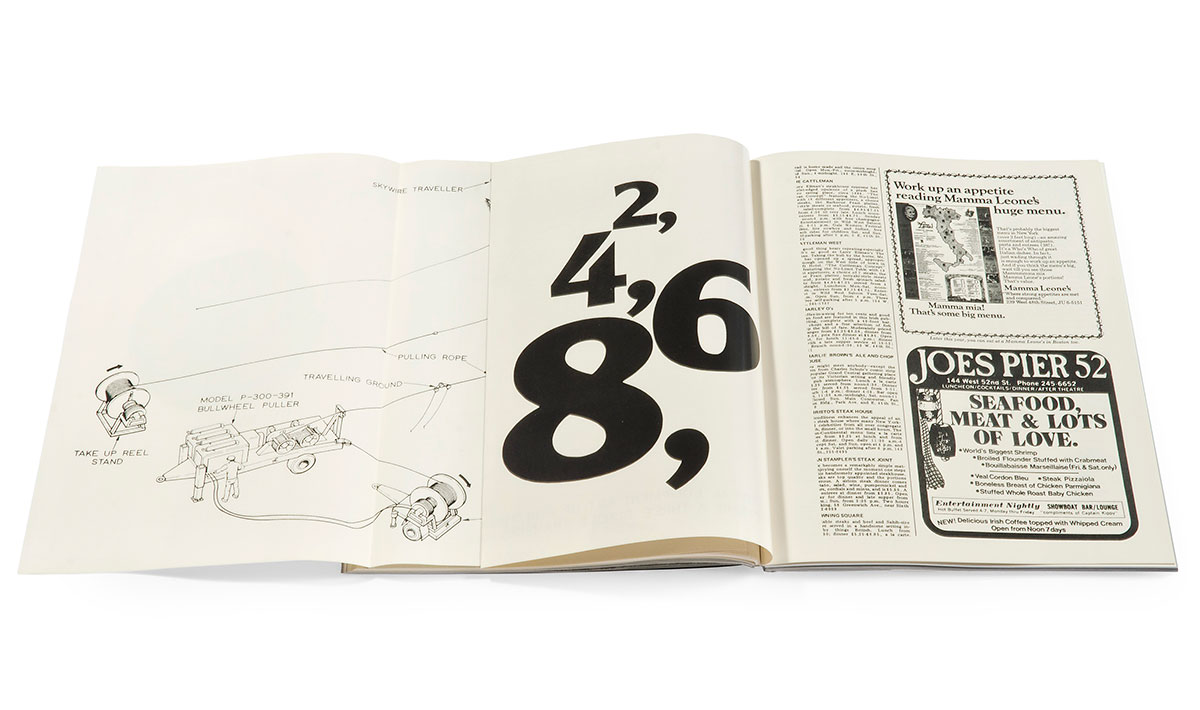 “Persons who feel, comprehend, know, understand through their eyes find great excitement in the found arts. Persons whose five senses are not dulled, bruised, warped, wounded by the terrible forces inflicted upon them from the outside can feel and know through their eyes, fingers, nose, ears, and taste. Persons growing like the flowers in the field as nature intended find finding and seeing founds an exciting thing.”–Bern Porter

Long before there were mashups, there was Bern Porter. Presented here is a facsimile edition of the underground legend’s 1974 artist’s book based on a popular entertainment guide he discovered in a New York City hotel room.

Bern Porter (1911–2004) was an artist, writer, philosopher, and scientist who was involved in the development of the cathode ray tube, the Saturn V rocket, and the Manhattan Project, which he renounced upon learning of the bombing of Hiroshima. Also a pioneer in the arts, he is known for his landmark work as an author and publisher (including the first American edition of Henry Miller’s work, in 1944). He was an early practitioner of mail art and found and performance poetry and experimented with typography, sculpture, photography, artists’ books, and collage throughout his life. Porter lived and worked in Rhode Island, New York, Tennessee, California, Texas, Alabama, and Tasmania. He finally settled in his native Maine, where he ran for governor and established the Institute for Advanced Thinking. In 1979, Porter was given a major retrospective at Franklin Furnace in New York City.