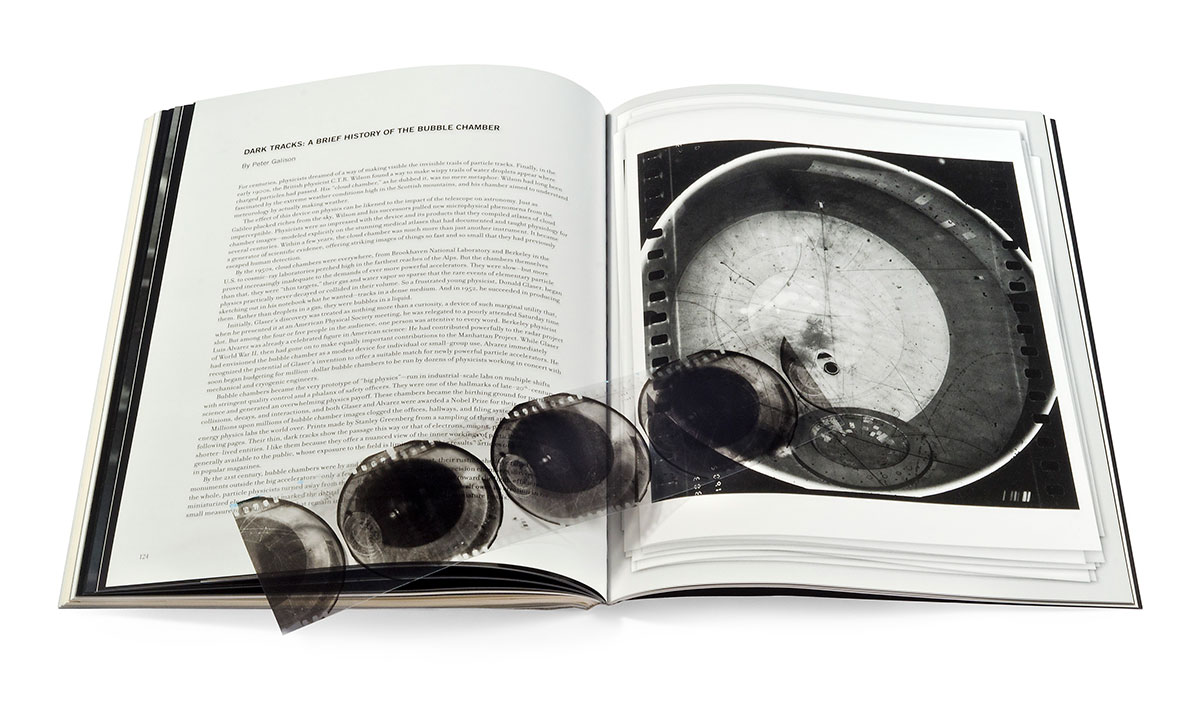 “Particle physics images can easily be taken as art, provided they are interpreted wholly in the light of nonscientific art-world criteria.”—James Elkins

Striking images of, and from, the once groundbreaking but now obsolete tool of 20th-century physics—the bubble chamber.

Peter Galison is the Pellegrino University Professor in the History of Science and Physics at Harvard University, where he received his Ph.D. in 1983. His books include How Experiments End (University of Chicago Press, 1987) and Einstein’s Clocks, Poincaré’s Maps: Empires of Time (W. W. Norton & Co., 2003). He has also worked on several documentaries, including Secrecy, codirected by Galison and Robb Moss, which debuted at the 2008 Sundance Film Festival. A 1997 MacArthur Fellow, Galison also won the Max Planck Prize in 1999 and serves on the editorial board of the journal Critical Inquiry.

Photographer Stanley Greenberg’s monograph Invisible New York was published by Johns Hopkins University Press in 1998; a companion volume, Waterworks (Princeton Architectural Press), appeared in 2003. Greenberg’s photographs have been shown at the Metropolitan Museum of Art, the Whitney Museum of American Art, and the Art Institute of Chicago. He has received a Guggenheim Fellowship, as well as grants from the New York State Council on the Arts and the New York Foundation for the Arts. Greenberg’s book Under Construction was published by the University of Chicago Press in 2010.