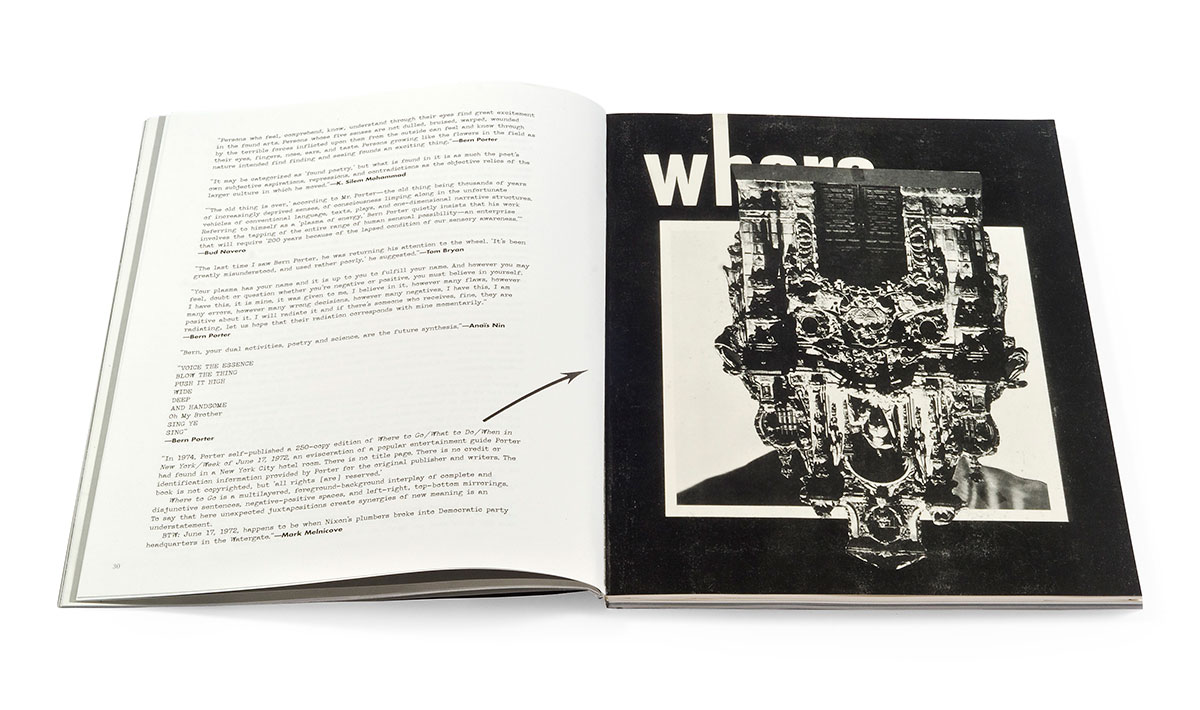 “Bern’s extraordinary gift is his way of just sort of mysteriously noticing things and calling our attention, quietly, to them. This explains the peculiar effectiveness of his designs, his constructions and his found poems. He presents us with something and tells us it is a poem. Noticing: That is Bern’s art.”–Dick Higgins

A composite portrait of the late artist, philosopher, poet, and scientist by colleagues, contemporaries, and friends.

Mark Melnicove is a writer, educator, editor, literary agent, and publishing consultant based in Dresden, ME. He is the coauthor (with Margy Burns Knight and Anne Sibley O’Brien) of Africa Is Not a Country, (Millbrook Press, 2000) and received the PEN New England Discovery Award in 2000. Melnicove collaborated with Bern Porter from the 1980s until Porter’s death in 2004 and is currently the executor of Porter’s estate.