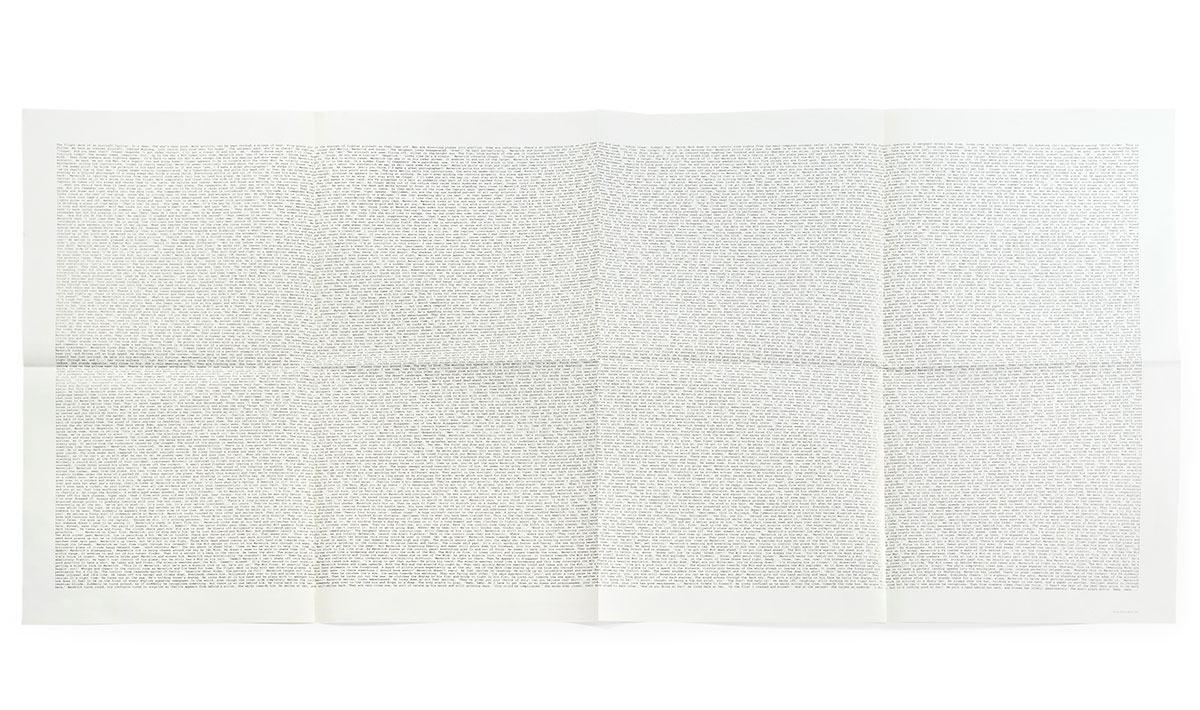 An intriguing example of artist Fiona Banner's “still films,” this removable poster features a blow-by-blow transcription of Top Gun (1986) in the 16:9 aspect ratio of a movie screen.

Fiona Banner’s art encompasses texts, drawing, sculpture, and installations and has been shown in exhibitions around the world. Her work is in the permanent collections of the Museum of Modern Art, NY; the Philadelphia Museum; Walker Art Gallery, Minneapolis; and the Tate Gallery, London, among others. Since forming The Vanity Press in 1997, Banner has self-published many of her own works, including The Nam (1997), a 1,000-page account of six Vietnam feature films. The London-based artist was short-listed for the Turner Prize in 2002.