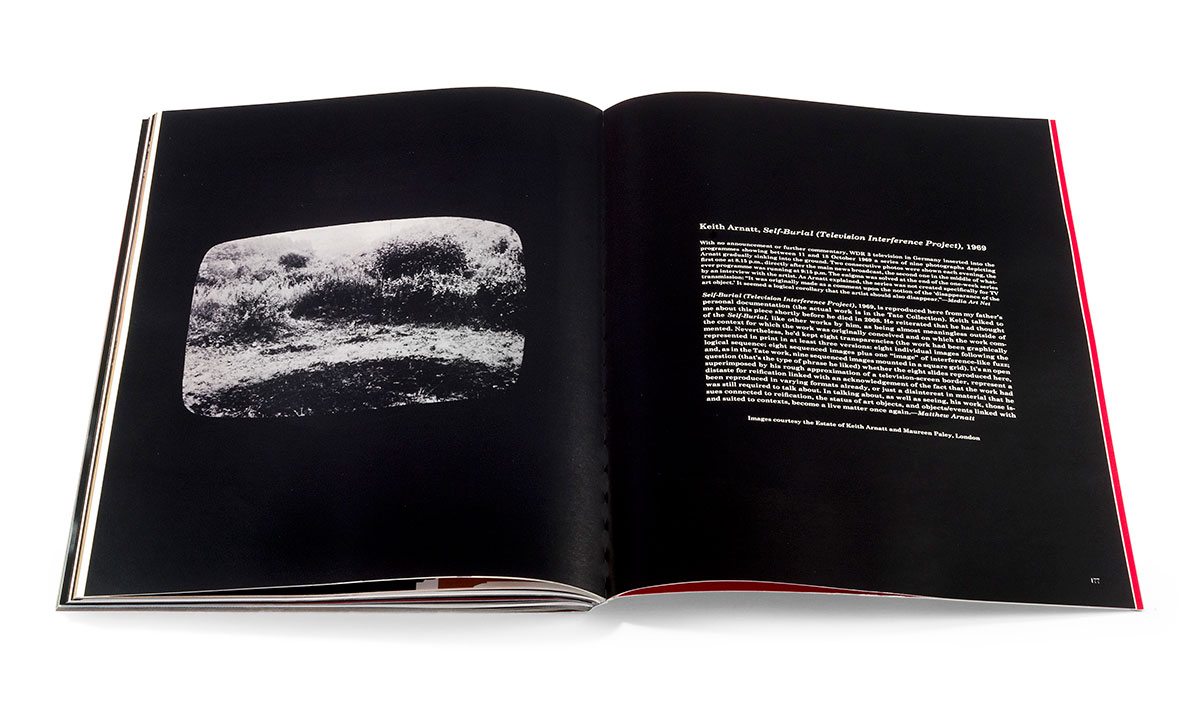 During one week in October of 1969, WDR 3 television in Germany inserted into its programming a series of nine photographs depicting artist Keith Arnatt (1930–2008) gradually sinking into the ground. Two consecutive photos were shown each evening, the first one at 8.15 p.m., directly after the main news broadcast, the second one in the middle of whatever program was running at 9:15 p.m. As Arnatt explained, the series was not created specifically for TV transmission: “It was originally made as a comment upon the notion of the ‘disappearance of the art object.’ It seemed a logical corollary that the artist should also disappear.”

Reproduced in Esopus with the co-operation of the Keith Arnatt Estate.

Born in 1930 in Oxford, England, Keith Arnatt lived and worked in Wales until his death in 2008. His conceptually driven, photo-based artwork was informed by a persistent sense of humor as well as a general search for the invisibility of the artist. Over the years, Arnatt investigated the dynamics of portraiture (as in “The Visitors,” a series of portraits of tourists) and studied subjects such as garbage, rotting food, and his wife’s household notes. The Photographers’ Gallery in London held a major retrospective of Arnatt’s work in 2007.