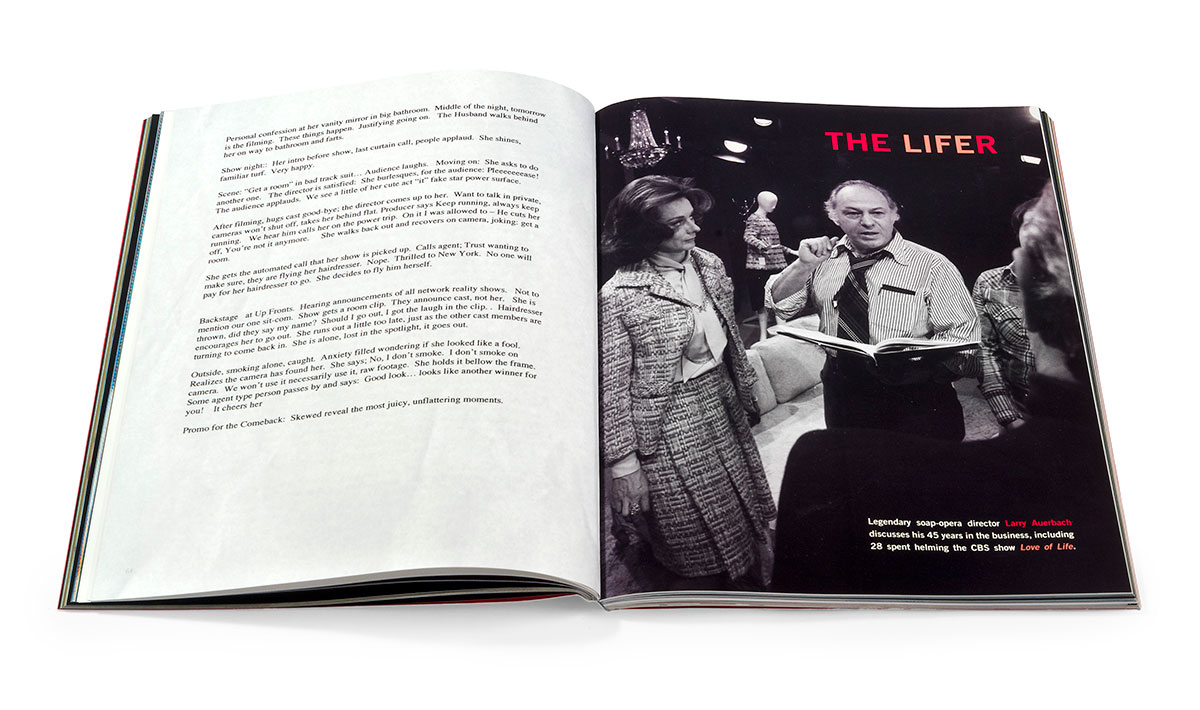 According to Wikipedia, “It’s possible that Larry Auerbach has directed more dramatic television than any other American director (approximately 3,000 hours).” Nearly every one of those hours has been devoted to soap operas, in particular the long-running daytime drama Love of Life, which Auerbach helmed from its first episode in 1951 until its cancellation in 1980. Here, Auerbach offers Esopus readers his recollections­ of and frank opinions about working in soaps for nearly a half century.

Larry Auerbach was born in 1923 in Mount Vernon, NY. His career-spanning work as a soap opera director helped cement the genre as a popular entertainment form in the United States. Beginning in 1951, Auerbach was the director of the CBS daytime drama Love of Life, a series that, during its 28-year run, initiated the careers of actors such as Christopher Reeve, Bonnie Bedelia, and Warren Beatty. He then went on to direct a number of other soaps, including All My Children, As the World Turns, and One Life to Live, for which he won a Daytime Emmy Award in 1984. Auerbach received the Directors Guild of America’s Robert B. Aldrich Award in 1991 and was named a DGA Honorary Life Member in 2004.