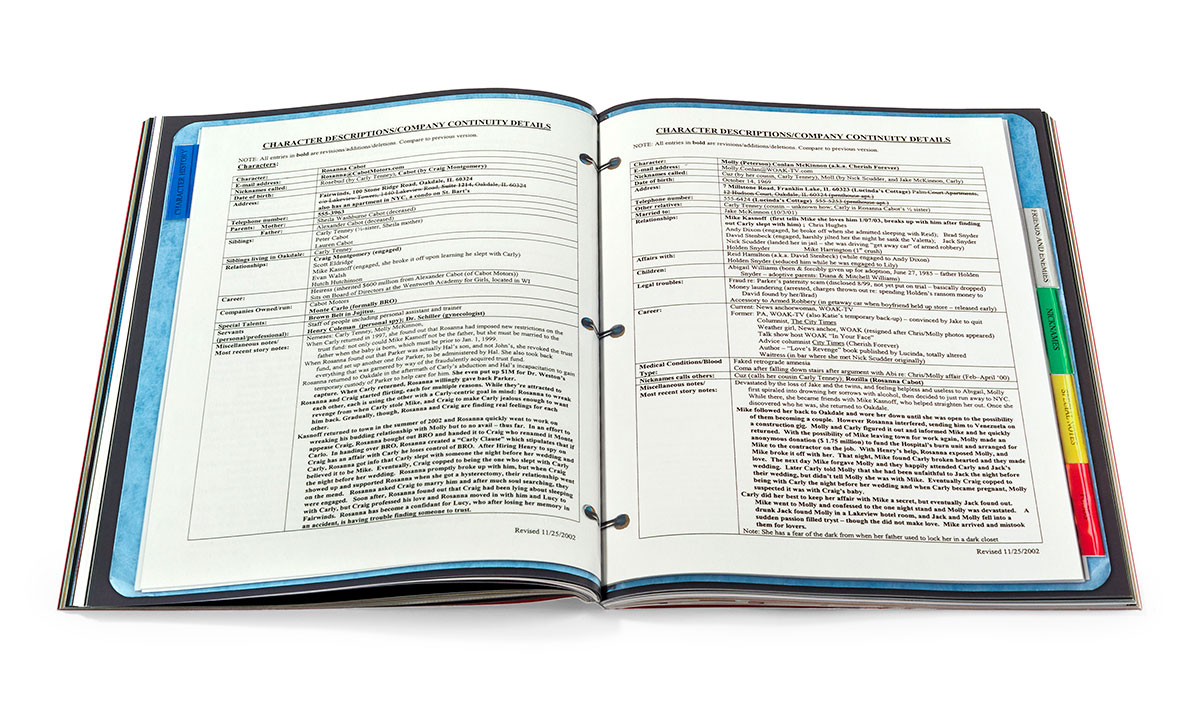 Emmy Award–winning soap opera scribe Jean Passanante has served as head writer on a number of daytime dramas, from One Life to Live to All My Children, but she focuses here on her tenure at As the World Turns, which ended its 54-year run in September 2010. Passanante also shares a fascinating artifact from the production: a “continuity book” which offers myriad details (from criminal records to food allergies) about the show’s characters.

VIEW CLIP FROM FINAL EPISODE OF AS THE WORLD TURNS

A graduate of Dartmouth College, Jean Passanante acted in television and film and worked as a theater and literary agent in New York before she began writing for the daytime series One Life to Live in 1993. She was eventually promoted to head writer at the show before assuming that role at All My Children, Another World, and, from 2005 until its cancellation in September 2010, As the World Turns. Passanante, who is based in New York, recently returned to One Life to Live. She has been honored with two Daytime Emmy Awards and three Writers Guild of America Awards.