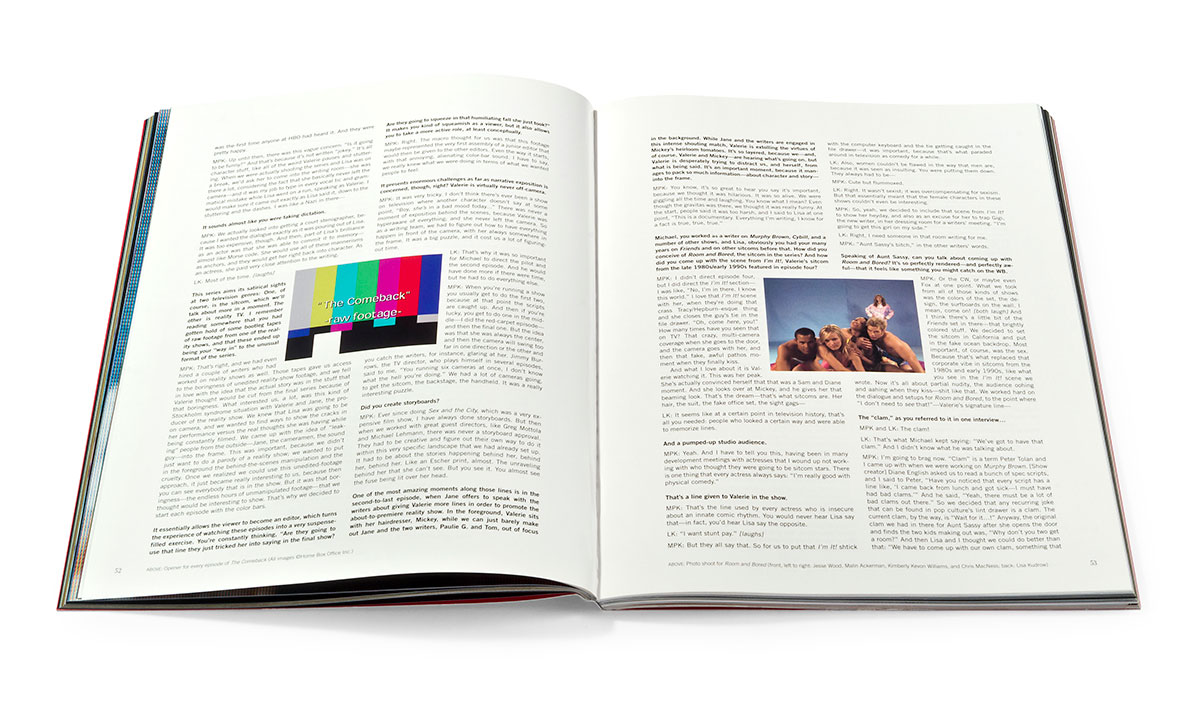 Lisa Kudrow and Michael Patrick King cocreated the HBO series The Comeback, a penetrating and often brutal satire of reality TV, sitcoms, and show business in general, in 2005. The show revolved around the unforgettable character of Valerie Cherish (played brilliantly by Kudrow), a faded sitcom actress so determined to regain her celebrity she agrees to be the subject of a reality show documenting her return to television. Kudrow and King were able to speak with Esopus this summer; a transcript of the interview, along with an assortment of artifacts from the show’s conception and production, appear in the issue.

RELATED EVENT: ”The Comeback” screening and discussion at the Museum of the Moving Image

Born and raised in Encino, CA, Lisa Kudrow received her B.S. in psychobiology from Vassar College. She began her career by performing in various improvisational-comedy troupes, most notably The Groundlings in Los Angeles. After taking on smaller roles in television comedies such as Cheers and Mad About You, she won the part of Phoebe Buffay on the hit NBC series Friends. Her work on the sitcom garnered her a Primetime Emmy Award, a Screen Actors Guild Award, and an American Comedy Award. Kudrow has since acted in a number of films, including Analyze This, The Opposite of Sex, and Wonderland. She was nominated for another Emmy for her portrayal of Valerie Cherish in The Comeback, the HBO series she cocreated with Michael Patrick King. Kudrow is a currently a producer of NBC’s Who Do You Think You Are? and is cowriter, coproducer, and star of the Showtime series Web Therapy.

Michael Patrick King was born in Scranton, PA, in 1954, and has lived in Los Angeles and New York since 1980. King began work in the entertainment industry performing stand-up comedy before going on to write for a number of television series, including Murphy Brown, Cybill, and Will & Grace. In 1998, he was hired as a writer on HBO’s Sex and the City; King eventually directed a number of episodes and ultimately became co–executive producer of the series, which garnered him two Primetime Emmy Awards. King went on to serve as writer, director, and producer of Sex and the City and Sex and the City 2, the two feature films spawned by the popular series. King’s directing work on The Comeback, the short-lived HBO series he cocreated with Lisa Kudrow, garnered him another Emmy nomination in 2006.