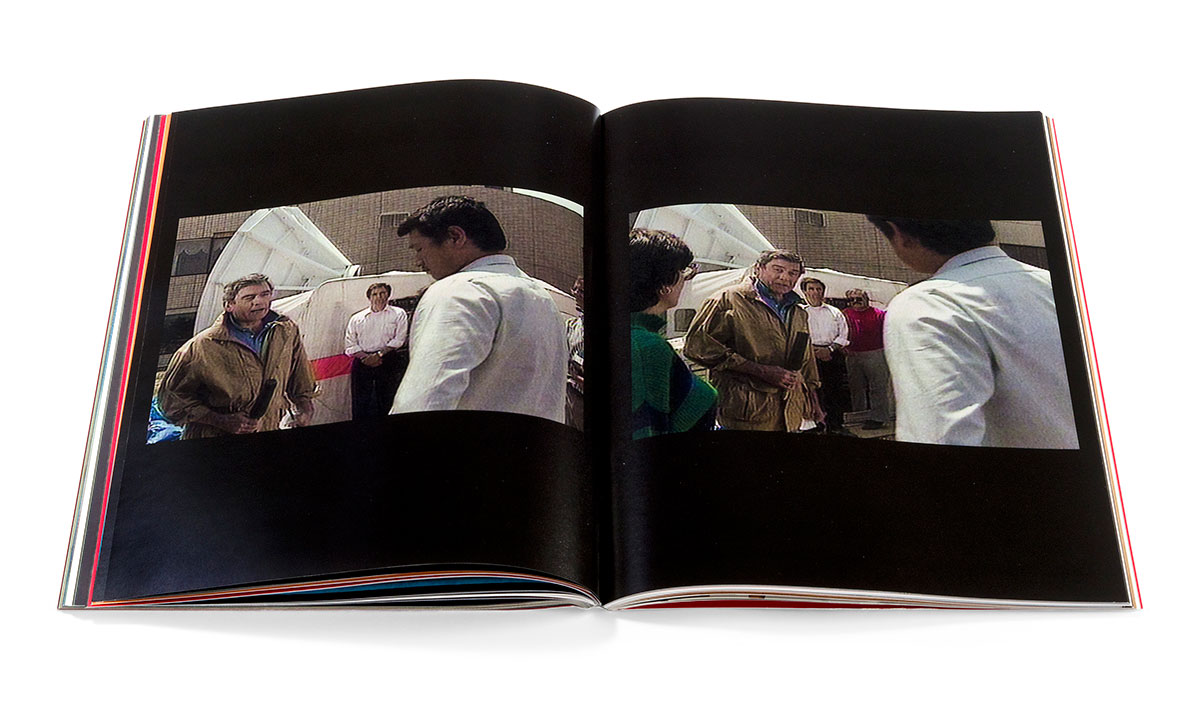 This project by the pioneering video artist features sequential stills from one of five channels of her 1990 video-installation work Tiananmen Square: Break-In Transmission. These stills reveal the exact seconds when CBS and CNN were forced by the Chinese government to cease transmission at the height of the occupation of Tiananmen Square in 1989, constituting a historic moment in broadcast television.

New York City native Dara Birnbaum attended Carnegie Mellon University and the San Francisco Art Institute before beginning a career-long and highly influential investigation of television and mass media in art. She has received a number of distinguished grants and awards throughout her career, including a Harvard Special Jury Prize in 1998, the TV Picture Prize in 1991, the Louis XIII de Remy Martin Award of Excellence, and the American Film Institute’s Maya Deren Award for Independent Film and Video Arts in 1987. Represented by the Marian Goodman Gallery in New York, Birnbaum has exhibited widely in the United States and abroad, in venues such as the Centre Georges Pompidou in Paris, Tate Modern, the Whitney Museum of American Art, and the Museum of Modern Art. Her work was honored with a major retrospective at the Stedelijk Museum voor Actuele Kunst in Ghent, Belgium, which traveled to the Museu Fundação Serralves in Oporto, Portugal, in 2010.