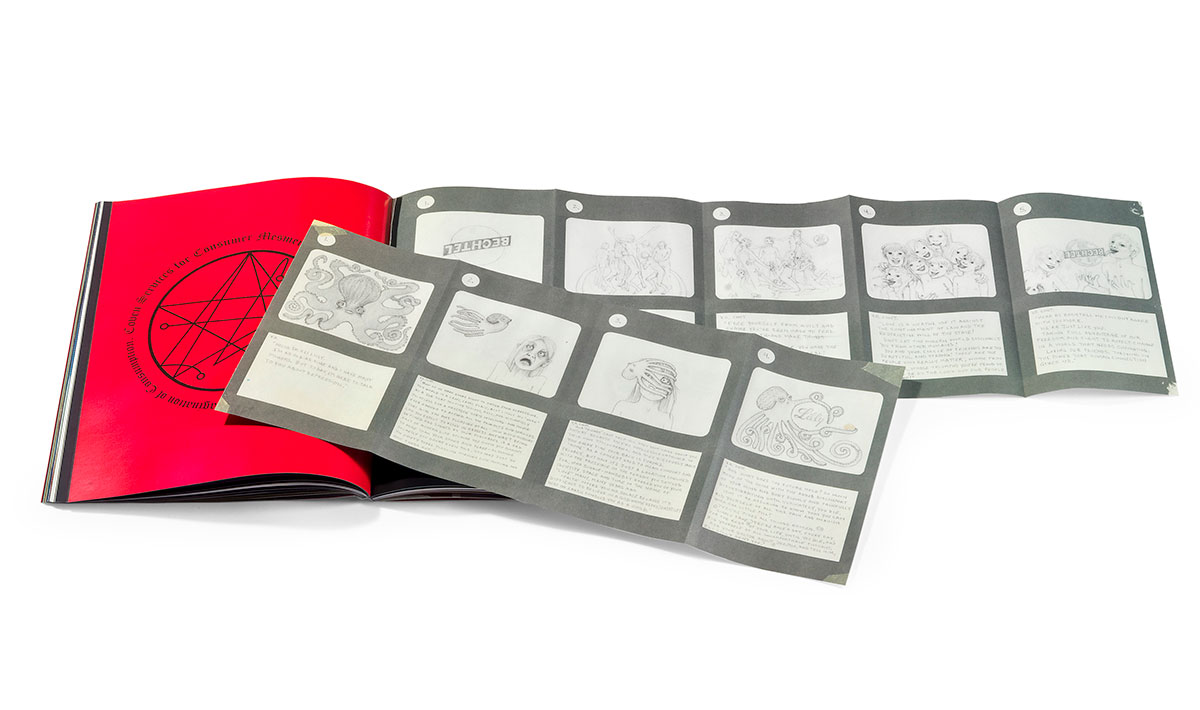 New York–based Alex Bag has created a series of videos over the past 15 years that force us to question how we define ourselves in relation to television, fashion, advertising, and the art world. For this project, Bag has created two removable inserts: facsimiles of parodic commercial storyboards she created for two multinational companies.

New York–based Alex Bag received her B.F.A. from Cooper Union in 1991 and has since become a significant figure in contemporary video and performance art. Her videos—critical and ironic studies of television and media culture—have been exhibited in such venues as the Whitney Museum of American Art, the Andy Warhol Museum, the Museum of Modern Art, P.S. 1, Tate Modern, and New York’s Elizabeth Dee Gallery (which also represents her). Bag has performed at the Knitting Factory and Threadwaxing Space in New York, and lectured at Yale University, Parsons School of Design, and CalArts. She received a grant from the Foundation for Contemporary Arts in 1995.