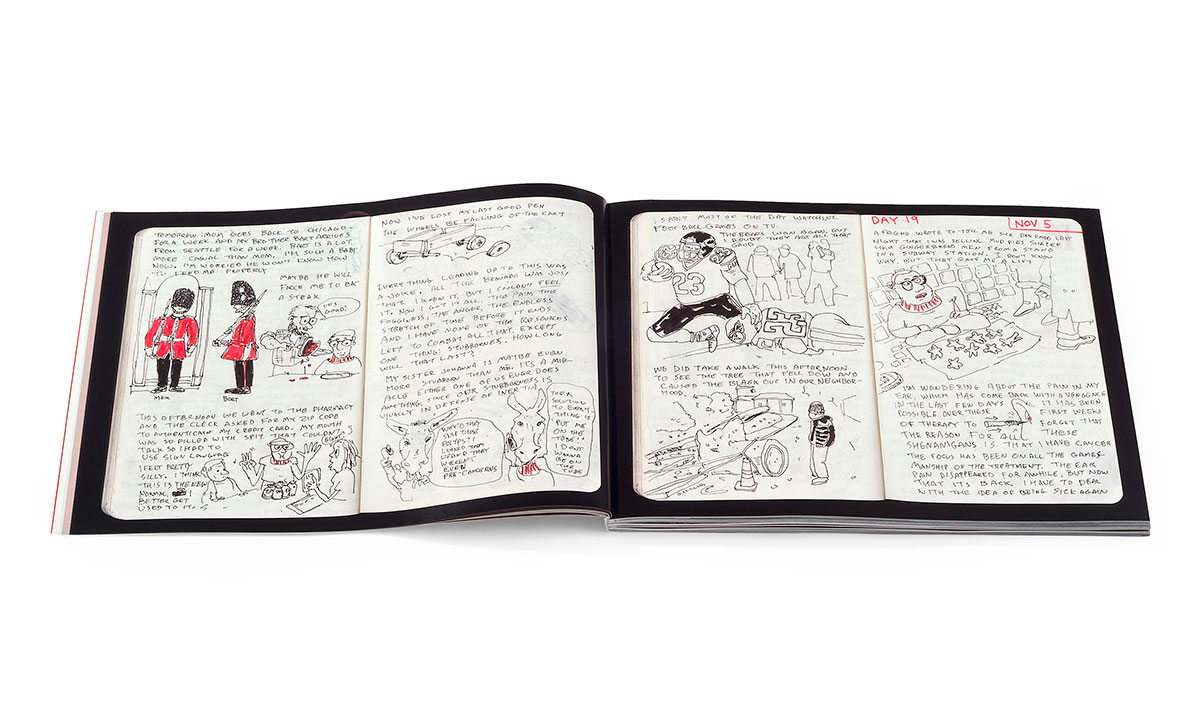 From October 3 to November 28, 2012, artist Matt Freedman underwent radiation and chemotherapy at Massachusetts General Hospital in Boston, Massachusetts, for treatment of adenoid cystic carcinoma, a rare cancer that had spread from his tongue to his neck to his lungs by the time it was discovered. This extraordinary document is an excerpt from the journal he kept during that time that covers the dates from November 2 to November 11: Day 18 to Day 23 of his 35-day course of treatment.

Matt Freedman is an artist, writer, and curator living in Queens, NY. A graduate of Harvard University and the University of Iowa, he currently teaches in the graduate fine arts and visual studies programs at the University of Pennsylvania. Freedman has received a National Endowment for the Arts fellowship in sculpture and a New York Foundation for the Arts fellowship in fiction writing. He cocurated with Sina Najafi and Mary Ceruti the traveling exhibition “Paper Sculpture,” which opened at SculptureCenter in New York and toured nationally from 2003 to 2007, and he has shown his work at Pierogi, FiveMyles, Big & Small/Casual, and Valentine galleries in Brooklyn. An exhibition related to Freedman’s journal excerpted in this issue was mounted at Studio 10 in Brooklyn in May 2013; the entire journal was published by Seven Stories Press in Spring 2014.