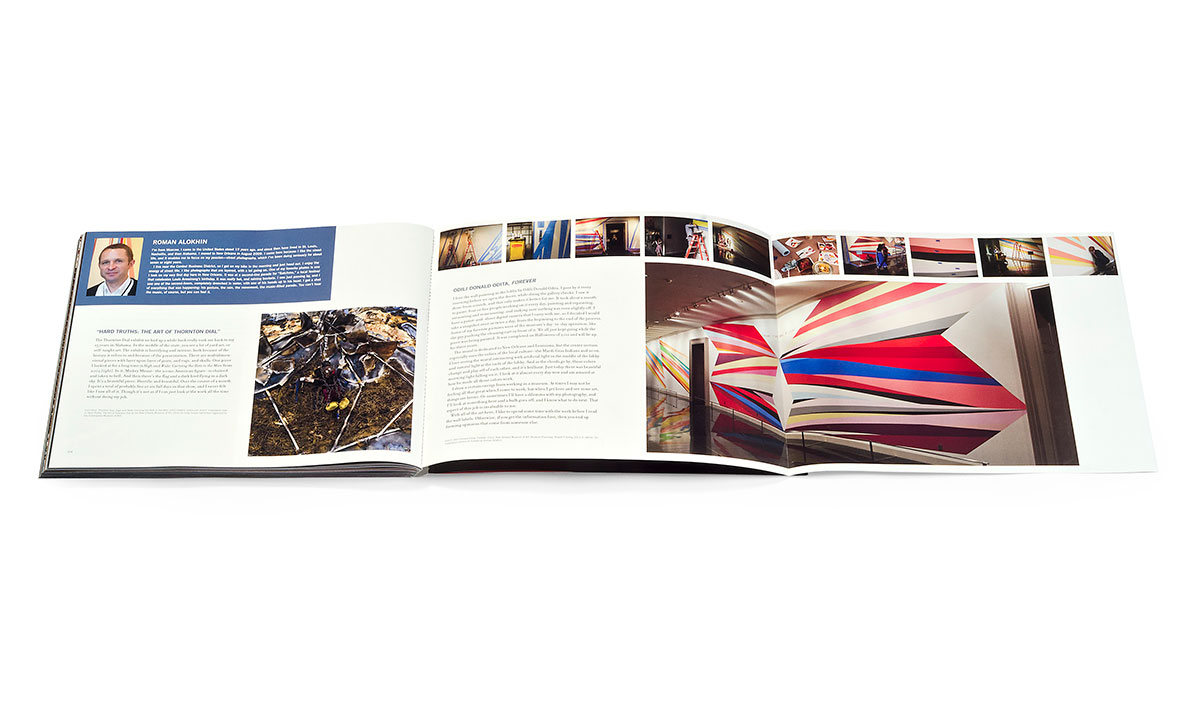 “There’s a piece here in the garden called Karma, by Do-Ho Suh. It depicts a man standing, and he’s got a figure hunched on his shoulders with his hands covering the eyes of the man beneath him. And another one is hunched on that guy’s shoulders, covering his eyes, and so on. If you look up, it seems to stretch to infinity....The piece is an expression of the idea of past lives, and the blindness to those lives that we carry into this life with us. All the information we have as human beings is a kind of residue from our ancestors, and yet we can’t access it, as if we’re blinded by a veil of forgetfulness.”—Greg Jones

Each installment of “Guarded Opinions” features museum guards sharing their thoughts on the art with which they spend so much time. For this issue, series editor Paul VanDeCarr visited the New Orleans Museum of Art and spoke with Greg Jones, who works in the NOMA’s sculpture garden, and Roman Alokhin, who was a guard at the time of the interview but has since become a photographer for the museum.

Paul VanDeCarr is a nonprofit writer, editor, and trainer; an arts writer; puppetry presenter; and maker of video and audio projects. He lives in New York City, and is online at www.paulvdc.com.

New Orleans native Greg Jones is a guard in the sculpture garden at the New Orleans Museum of Art. He is also a painter with an M.F.A. from the University of New Orleans.

Roman Alokhin is a photographer at the New Orleans Museum of Art whose personal work focuses mainly on candid, street, and project-driven photography.