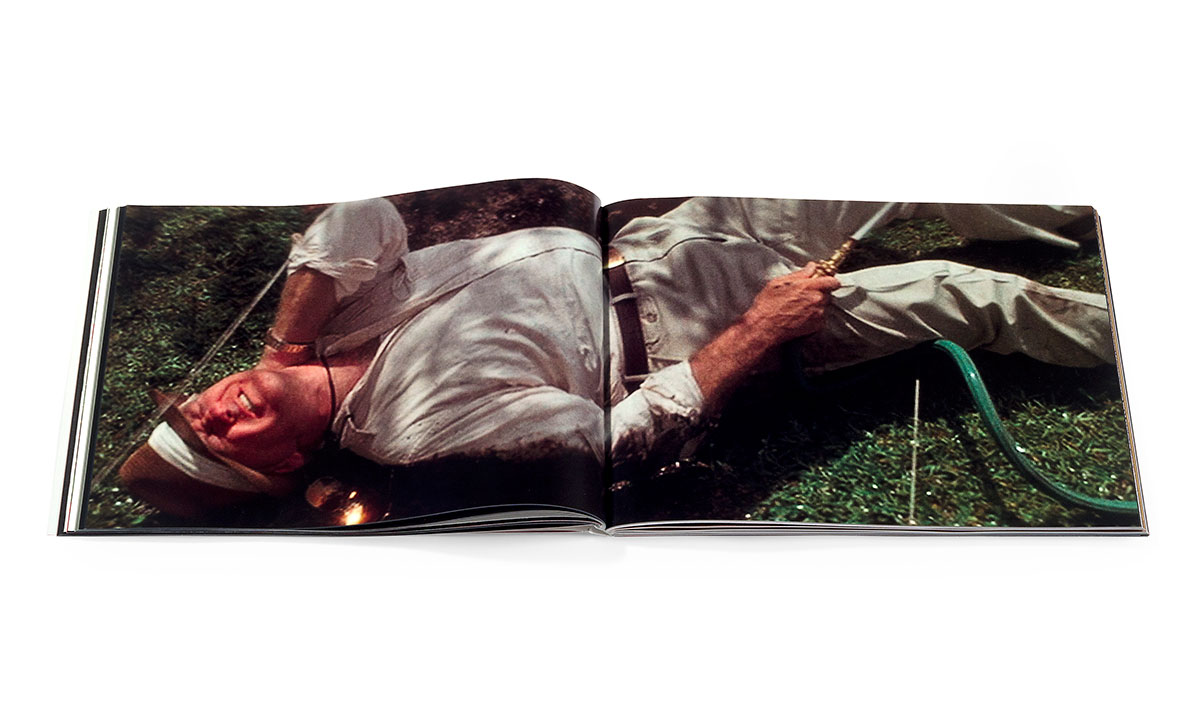 “Lynch’s film is, at the core, a coming-of-age movie. It tells the story of Jeffrey’s discovery of the forces lying just below the surface of his everyday surroundings. And it charts this young man’s loss of innocence as he witnesses that which he should not be seeing....Without the work of David Lynch, my understanding of the complexities of American life and its angels and demons would be far less intense. If I hadn’t watched Blue Velvet at the time that I did, my own vision may have taken another shape entirely.”—Gregory Crewdson

Widely hailed as one of the most important films of its era, David Lynch’s Blue Velvet (1986) has inspired and provoked countless filmmakers, artists, and writers. One in particular is acclaimed photographer Gregory Crewdson, who provides an introduction to 100 frames taken from the film’s remarkable opening sequence.

Missoula, MT-born David Lynch is a director, writer, artist, and musician based in Los Angeles, CA. He is best known for his films, including Eraserhead (1977), The Elephant Man (1980), Blue Velvet (1986), Wild at Heart (1990), The Straight Story (1999), Mulholland Drive (2001), and Inland Empire (2007), as well as the cult-favorite TV series Twin Peaks (1990‚Äì1991). His work has been nominated for a number of Academy Awards, Golden Globes, Independent Spirit Awards, and Emmy Awards and has garnered him major directing prizes at the Cannes Film Festival, the Venice Film Festival, and many other festivals around the world. Lynch’s paintings have been widely exhibited and were the subject of a 2007 retrospective at Fondation Cartier in Paris; his most recent album, Crazy Clown Time, was released on Play It Again, Sam Records in 2011. A longtime practitioner of transcendental meditation, he founded the David Lynch Foundation in 2005 in order to fund the teaching of TM to schoolchildren, the homeless, African war refugees, and U.S. military veterans.

American photographer Gregory Crewdson earned his B.A. from SUNY Purchase and his M.F.A. from Yale University School of Art. His work is in the permanent collections of many major private and public collections, including the Whitney Museum of American Art, the Museum of Modern Art, and the Metropolitan Museum of Art, and it has been featured in countless exhibitions in the U.S. and abroad. Crewdson’s photography has been the subject of a number of books, among them Beneath the Roses (Abrams, 2008), and Gregory Crewdson: 1985 to 2005 (Hatje Cantz, 2005). Awards the artist has received include a Skowhegan Medal for Photography, a National Endowment for the Arts Visual Artists Fellowship, and an Aaron Siskind Fellowship. Crewdson is represented by the Gagosian Gallery in New York and White Cube Gallery in London, and is currently associate professor and director of graduate studies in photography at Yale University School of Art. Brief Encounters, a film about Crewdson and his work, was directed by Ben Shapiro and released in 2012.