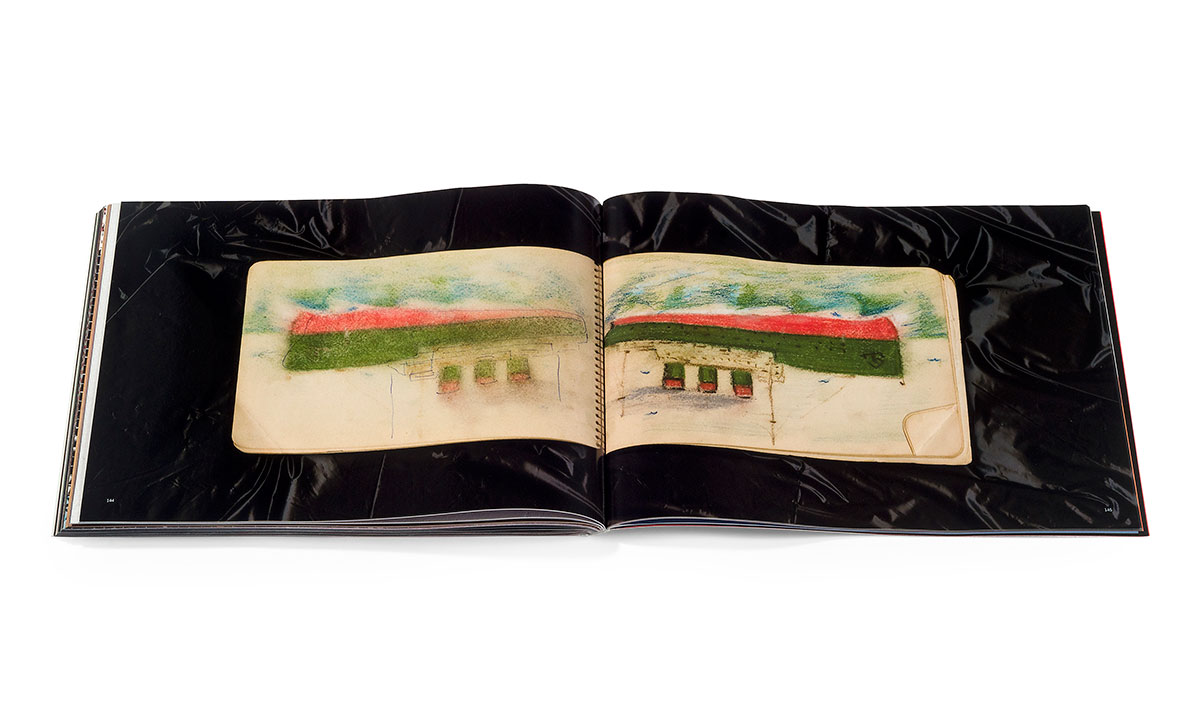 An artist who has spent the past several years living in France found this anonymous sketchbook—the latest offering in our “Found Object” series—in a Paris dumpster.

Artist David Scher, who shows with Jean Brolly in Paris and Pierogi in New York, has made music with Frank Noise and the Logs of Wood for 33 years. He also heads the design entity Dept. of Lettering and is a cofounder of Subvoyant. Scher’s work has been exhibited extensively in the U.S., Mexico, and Europe.