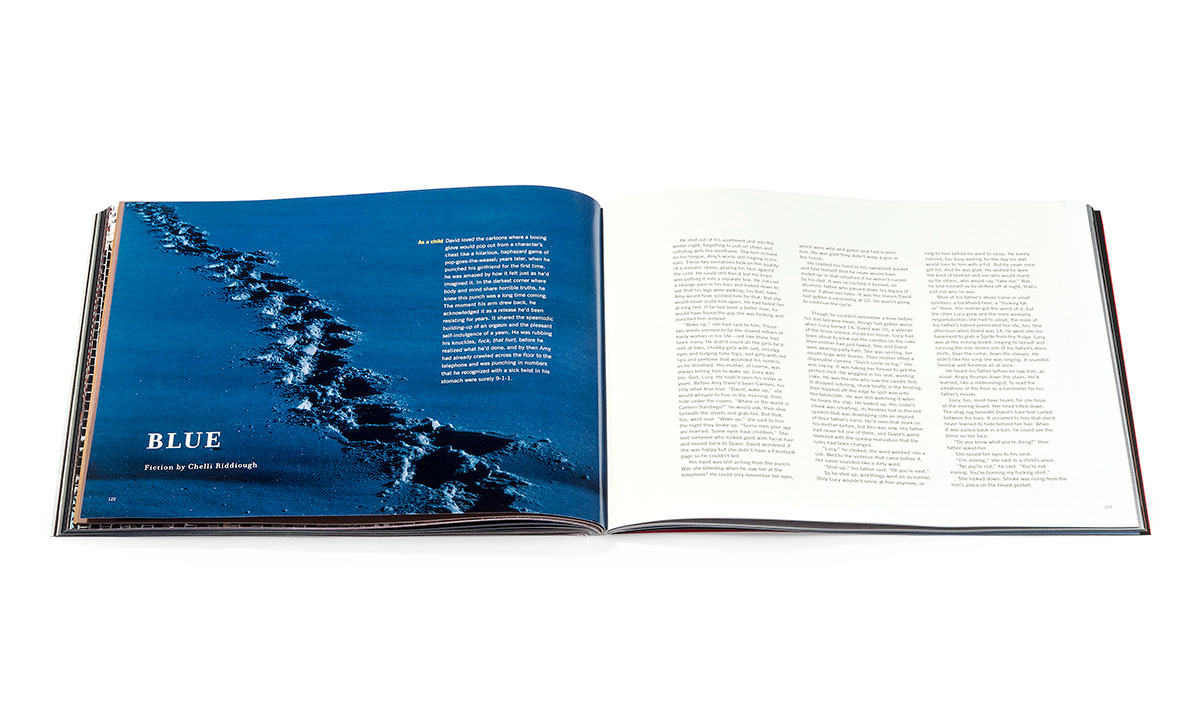 “As a child David loved the cartoons where a boxing glove would pop out from a character’s chest like a hilarious, haphazard game of pop-goes-the-weasel; years later, when he punched his girlfriend for the first time, he was amazed by how it felt just as he’d imagined it. In the darkest corner where body and mind share horrible truths, he knew this punch was a long time coming.”

Eleventh in our series of fiction by never-before-published authors.

Chelli Riddiough graduated from Williams College in 2014, where she studied philosophy. “Blue” is her first published story.