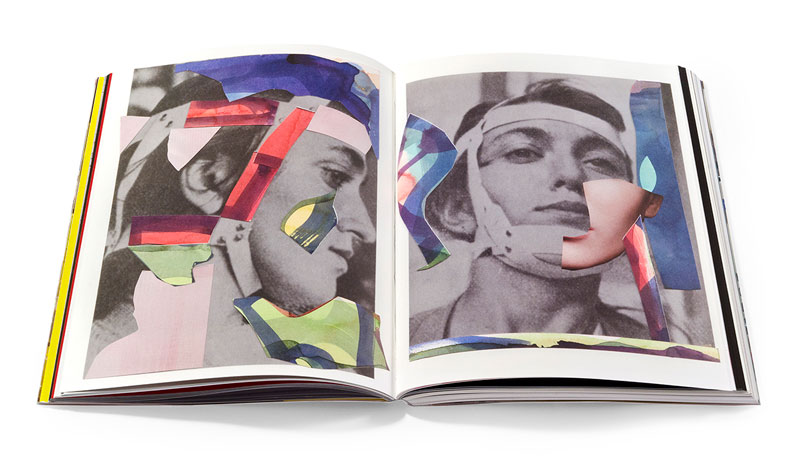 For the project Duets, artist Melissa Meyer uses images from a 1968 book on headgear orthodontics by her late father, the dentist Paul Meyer, as a starting point for a series of 15 stunning collages.

New York City–based artist Melissa Meyer received her B.S. and M.A. degrees from New York University. Since the early 1970s, she has had one-person exhibitions at Holly Solomon Gallery, New York; Elizabeth Harris Gallery, New York; and Galerie Renée Ziegler, Zurich. Meyer, who is represented by Lennon Weinberg Gallery in New York City, has work in the collections of the Museum of Modern Art, the Metropolitan Museum of Art, the Jewish Museum, and the Solomon R. Guggenheim Museum, among many other institutions. In 1978, Meyer cowrote with Miriam Shapiro “Femmage,” an essay published in the feminist journal HERESIES examining the contributions of women artists, non-Western artists, and folk artists to collage prior to Picasso and Braque. She has received numerous awards, grants, and fellowships, including those from National Endowment for the Arts (1983, 1993), the American Academy in Rome (2004), and the Pollock-Krasner Foundation (2009).

Paul Meyer (1904–1970) was an orthodontist from Hudson, New Jersey, who authored and self-published Headgear Orthodontics in 1968. A self-taught calligrapher, conceptual portrait photographer, violinist, and ephemera collector, Meyer was also a mentor of African-American dentists during the civil-rights era and established one of the first integrated dental practices in New York City.