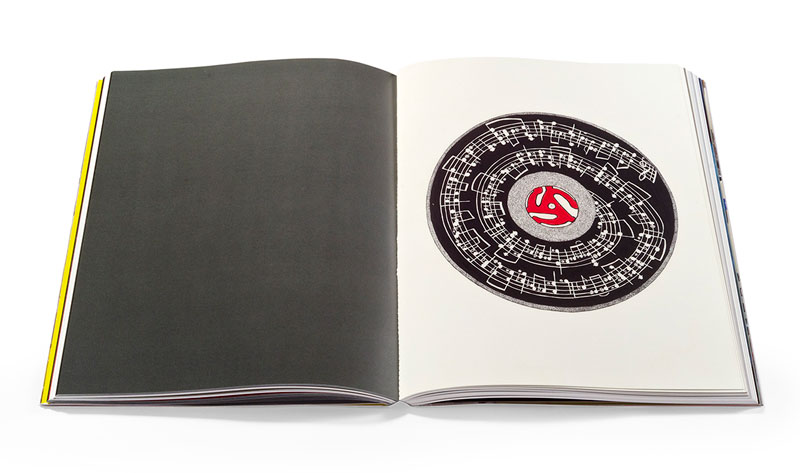 “The renowned psychoanalyst Jacob Arlow frequently spoke of the process of psychoanalytic listening as something akin to hearing music. By listening closely to patients, one can begin to discern the encoded melodies, motifs, and rhythms of an individual. By deploying the metaphor of music, one can decode a person’s neuroses and conflicts. In its mysterious beauty, music inspires awe. With The Singles, I hope to encode and reflect some of that magic.”—Martin Wilner

For his project The Singles, psychiatrist and artist Martin Wilner crafts 7 meticulous drawings using the same musical model he employs when listening to his analysands.

Artist and psychiatrist Martin Wilner lives and works in New York City. Represented by Sperone Westwater, New York, and Hales Gallery, London, he has shown his work internationally, and his drawings are in numerous private and public collections, including those of the Whitney Museum of American Art, the Los Angeles County Museum of Art, and the Morgan Library and Museum. Wilner studied English literature at Columbia College and received his M.D. at New York University Medical School. He completed an internship in internal medicine at St. Lukes-Roosevelt Hospital and a residency in psychiatry at the Payne Whitney Clinic at Weill Cornell Medical College, where he was subsequently appointed chief resident in psychiatry. Wilner is currently an assistant professor of psychiatry at Weill Cornell, where he delivered a Grand Rounds address in January 2015 on the application of psychoanalytic theory in his work process as an artist.