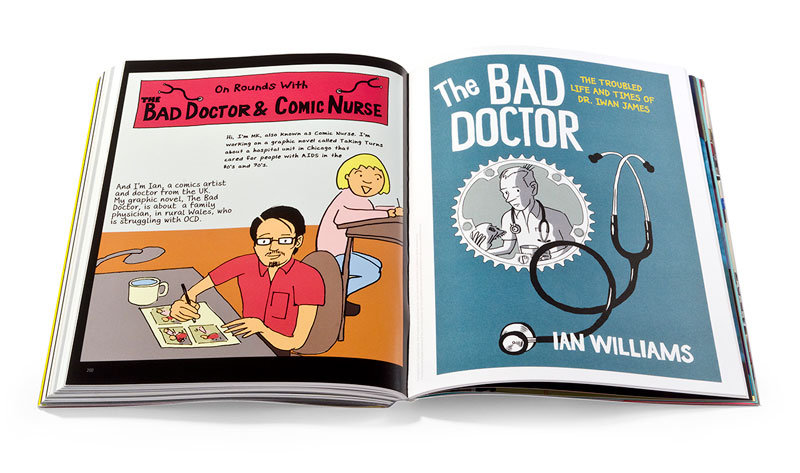 Comic artists MK Czerwiec and Ian Williams, who make their living as a nurse and doctor, respectively, offer excerpts from their forthcoming graphic novels detailing the challenges and rewards of their profession.

Ian Williams is a physician, comics artist, and writer based in Brighton, England. In 2007, he founded the website graphicmedicine.org, which he currently co- edits with MK Czerwiec. His graphic novel, The Bad Doctor, was published in the United Kingdom by Myriad Editions in 2014 and in North America by Penn State University Press in 2015. Williams, a co-author of the forthcoming Graphic Medicine Manifesto, writes regularly for various medical, humanities, and comics publications and has contributed a series of comic strips to The Guardian newspaper.

MK Czerwiec is a registered nurse and the artist-in-residence at Northwestern Feinberg School of Medicine. She has been making comics under the pseudonym Comic Nurse since 2000. With Ian Williams, she coedits graphicmedicine.org, and she is a coauthor of the Graphic Medicine Manifesto, published by Penn State University Press, which will also release Taking Turns, her forthcoming graphic novel.