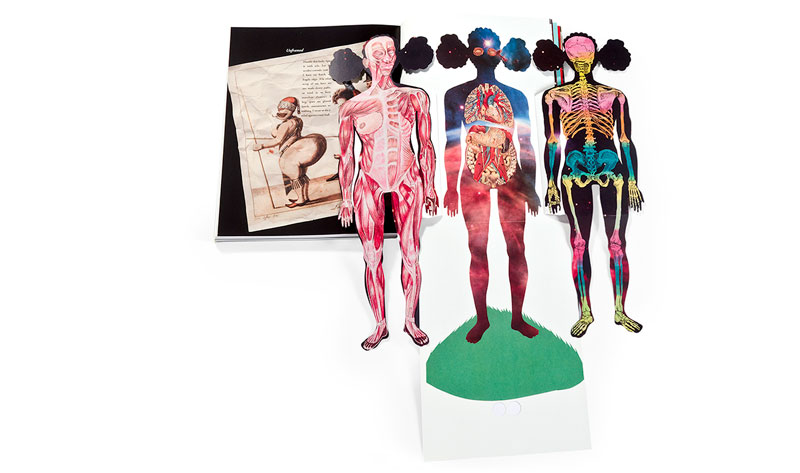 Born and raised in Hollywood, Florida, William Villalongo currently lives and works in Brooklyn. Represented by Susan Inglett Gallery in New York, he has had one-person exhibitions at institutions such as Real Art Ways in Hartford, Connecticut (2013), and Franklin Art Works in Minneapolis (2007). He received his B.F.A. from The Cooper Union and his M.F.A. from the Tyler School of Art at Temple University, and he did a residency at Skowhegan School of Painting and Sculpture in 2002. Villalongo, who has participated in group shows at the Studio Museum, Harlem; Seattle Art Museum; and MoCA Cleveland, among other institutions, has received a New York Foundation for the Arts Fellowship (2012), a Joan Mitchell Foundation Award (2006), and a Louis Comfort Tiffany Foundation Award (2005).

Born in the Virgin Islands and raised in Apopka, Florida, poet Nicole Sealey holds an M.L.A. in Africana Studies from the University of South Florida and an M.F.A. in creative writing from New York University. Sealey’s work has appeared in Best New Poets 2011, Callaloo, Harvard Review, Ploughshares, and Third Coast, and she is the recipient of numerous awards, including an Elizabeth George Foundation Grant, a 2014 Stanley Kunitz Memorial Prize from The American Poetry Review, a Daniel Varoujan Award, and a Poetry International Prize. Currently based in New York City, Sealey is the programs director at the Cave Canem Foundation.