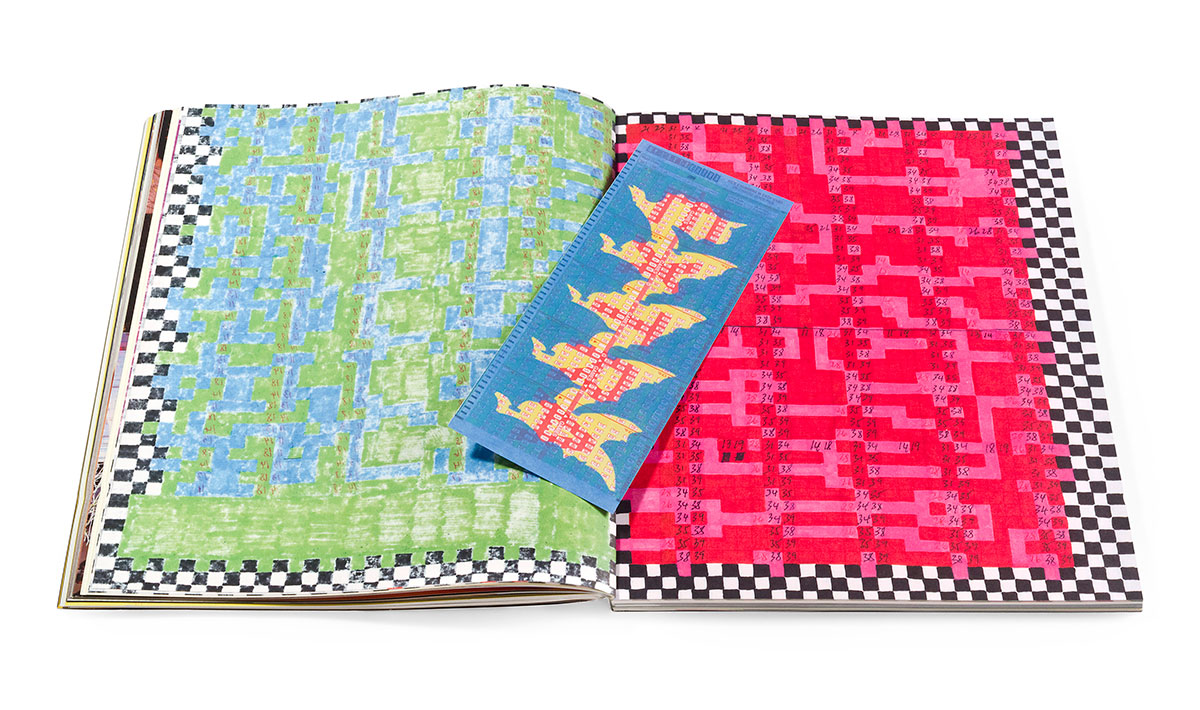 “My landlord lives in the basement of our house and every time I visited him to pay the rent, I would see these stacks of graph paper filled with numbers. I asked him about them continually, and he eventually told me what they were—his attempts to predict the winning lottery numbers. He recorded them each day, trying to discover hidden patterns. He claims that one time he actually won MegaMillions but didn’t play his numbers—he was obsessed with the numbers themselves, not money. I couldn’t understand or recognize his or the lottery’s patterns at all, but was fascinated by what they were—evidence of an attempt to understand and predict randomness. In order to simplify them and make the patterns visual, I color-coded them according to my own color systems. I’ve finished 30 so far.”—John O’Connor

John O’Connor, who is represented by Brooklyn’s Pierogi Gallery, received an M.F.A. from Pratt Institute in 2000 and also attended the Skowhegan School of Painting and Sculpture. His work has been featured in solo and group shows at P.S.1, the Museum of Modern Art, and the Andy Warhol Museum in Pittsburgh, among many other institutions, and it resides in the collections of the Museum of Modern Art, the Whitney Museum of American Art, the Weatherspoon Museum, Southern Methodist University, and the New Museum of Contemporary Art. O’Connor, who received a Pollock-Krasner Foundation grant in 2007, currently teaches at Princeton University and has previously taught art and art history at Pratt Institute, New York University, and Adelphi University.