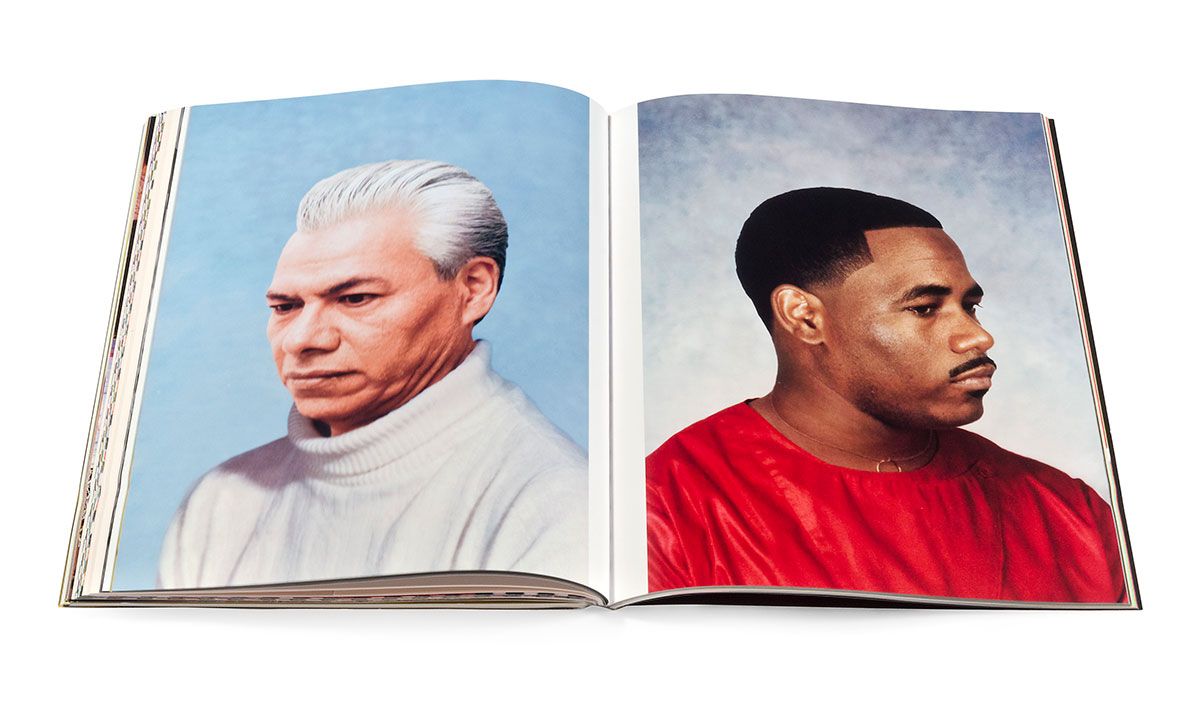 “‘Untitled Gentlemen’ is a series of fictional portraits I created using anonymous faces from contemporary barbershop hairstyle posters combined with figures from discarded studio photographs. Through digital interventions with these found photographs, I’m exploring representations and constructions of identity in portraiture and appropriating value to images and individuals who are otherwise overlooked. Existing between the real and artificial, these images subvert the meaning and expectations of the traditional studio portrait, creating an unknown narrative and expressive ambiguity in an unexpected context. Once primarily functional photographs, these barbershop portraits adopt new identities when paired with figures from historical and contemporary found photographs, and are recognized once again as individuals, while remaining anonymous. I am interested in shifting the frame of how we encounter and interpret images to investigate the meaning and construction of the photographic image. This work aims to encourage the viewer to reflect upon their own interpretation and projection of identity in the photograph.”—Erica Allen

Brooklyn-based Erica Allen received her M.F.A. in photography from the School of Visual Arts in 2008. Her photographs have been published in the Visual Arts Journal, Outlook, and Photograph, and she has exhibited in New York City at Visual Arts Gallery, the Camera Club of New York, Melanie Flood Projects, and the Center for Fine Art Photography.