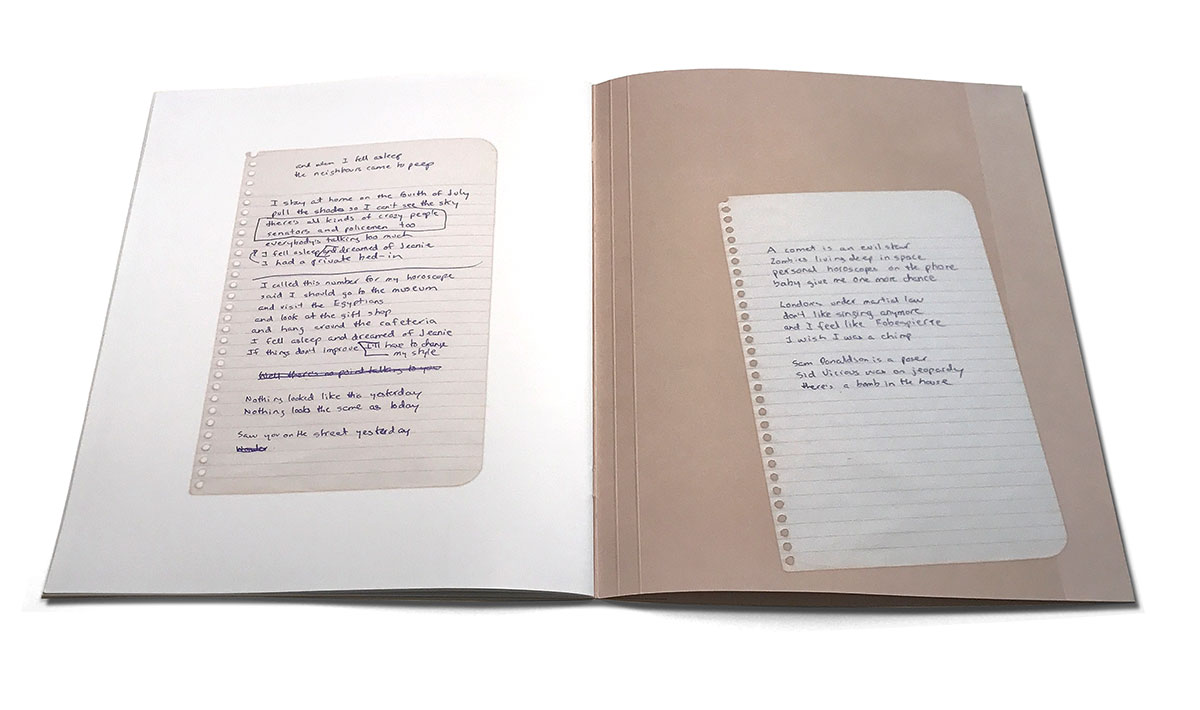 “Looking at these old lyrics and half-lyrics, I see that none of this is good poetry—rock lyricists should not be mistaken for poets—but songs have their own requirements. With songs, you get support from the music, which enables you to get by with very little. You can repeat the same line over and over to great effect, and the second verse can be the same as the first....But songs also have rules: If the melody is in charge, as it often is, it will dictate syllable and structure and even the appropriate subject matter.”—Dean Wareham

From his personal archive, musician Dean Wareham offers up a series of notebook pages from 25 years ago containing early drafts of lyrics he wrote for Galaxie 500, the hugely influential band he cofounded with Naomi Yang and Damon Krakowski. They provide a fascinating glimpse into the process behind a very specific form of creative writing.

Dean Wareham is a musician, singer, songwriter, and film composer. Born in Wellington, New Zealand, in 1963, he moved to New York City as a teenager and later graduated from Harvard University with a degree in social studies. From 1987 to 1991 he was a member, with Damon Krukowski and Naomi Yang, of Galaxie 500, which recorded three influential albums for Rough Trade (now available on Domino). His next band, the New York–based quartet Luna, recorded seven studio albums for Elektra Records and Beggars Banquet between 1992 and 2004. He has since released three albums with his wife, Britta Phillips, as Dean & Britta, whose most recent release was a soundtrack to accompany their multimedia show, 13 Most Beautiful: Songs for Andy Warhol’s Screen Tests, a project commissioned by the Andy Warhol Museum in Pittsburgh, Pennsylvania. Wareham’s memoir, Black Postcards, was published by Penguin Books in 2009, and he released his first solo LP, Emancipated Hearts, in the summer of 2013. He currently resides in Los Angeles.