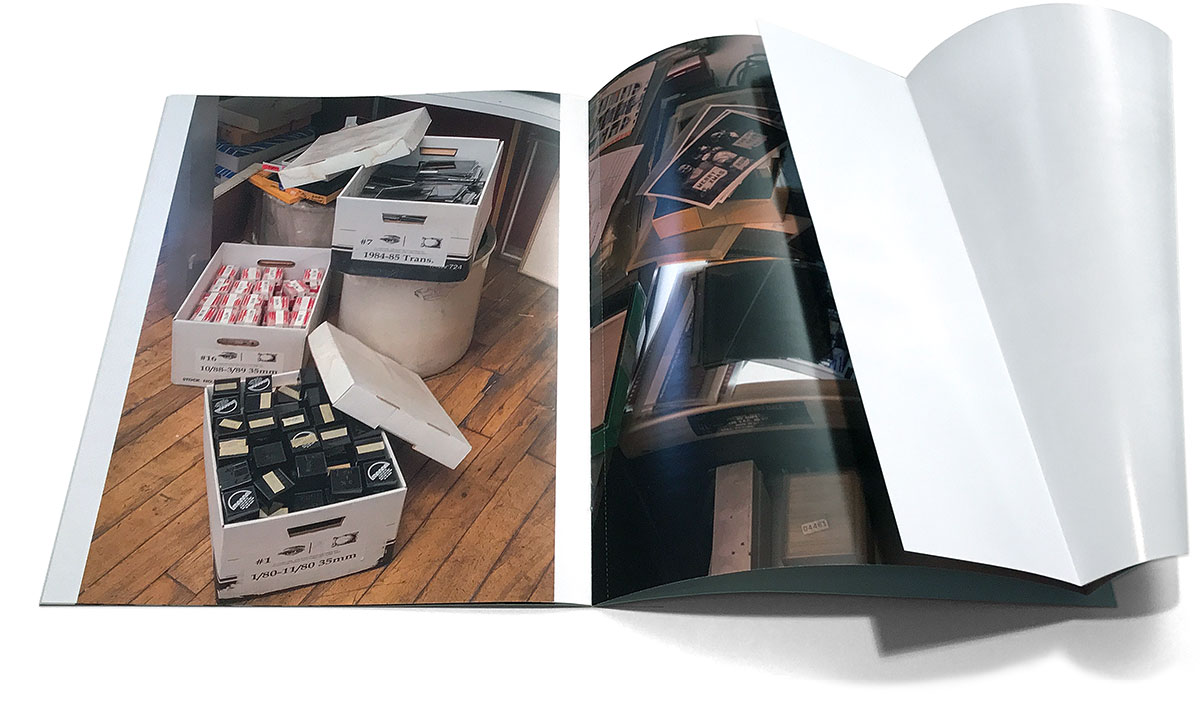 “The images exist because when I did a job and somebody asked for four transparencies, I’d always shoot an extra one and keep it just in case they might need it. If they wanted three slides, I’d shoot five—just in case I screwed something up. I’d put them in a box instead of throwing them out. I call it my ‘just in case’ archive.”—D. James Dee

Photographer D. James Dee, a.k.a. “the SoHo photographer,” has over the past three decades photographed drawings, paintings, sculptures, and installations by a “who’s who” list of New York–based contemporary artists. For this project, Dee trained his camera on his own archive of 250,000 slides and transparencies of works from artists such as Andy Warhol, Ed Ruscha, and Carl Andre, among many others. Project includes a 11.5 x 30" removable poster (shown above).

Known as “the Soho Photographer,” D. James Dee spent 39 years documenting artwork for artists, galleries, museums, and publications in New York City. Shortly after receiving an M.F.A. from Ohio University, Dee was invited to photograph a George Segal sculpture for a book, after which Segal suggested Dee try out the business of art photography. In 1974, Dee opened the largest studio in New York City exclusively dedicated to photographing artwork. He participated in the burgeoning Soho art scene of the 1980s, photographing everything from Schnabels for Mary Boone to Basquiats for Annina Nosei. His photographs have appeared in ARTnews, Life, Vogue, Esquire, The New Yorker, and Interview, among many other publications. Museum clients include the Brooklyn Museum, the Jewish Museum, the New Museum of Contemporary Art, the Museum of Modern Art, and the Whitney Museum of American Art. In July 2013, Dee retired from the business of photographing others’ work in order to focus on his own photography. He is now based in Miami, Florida.