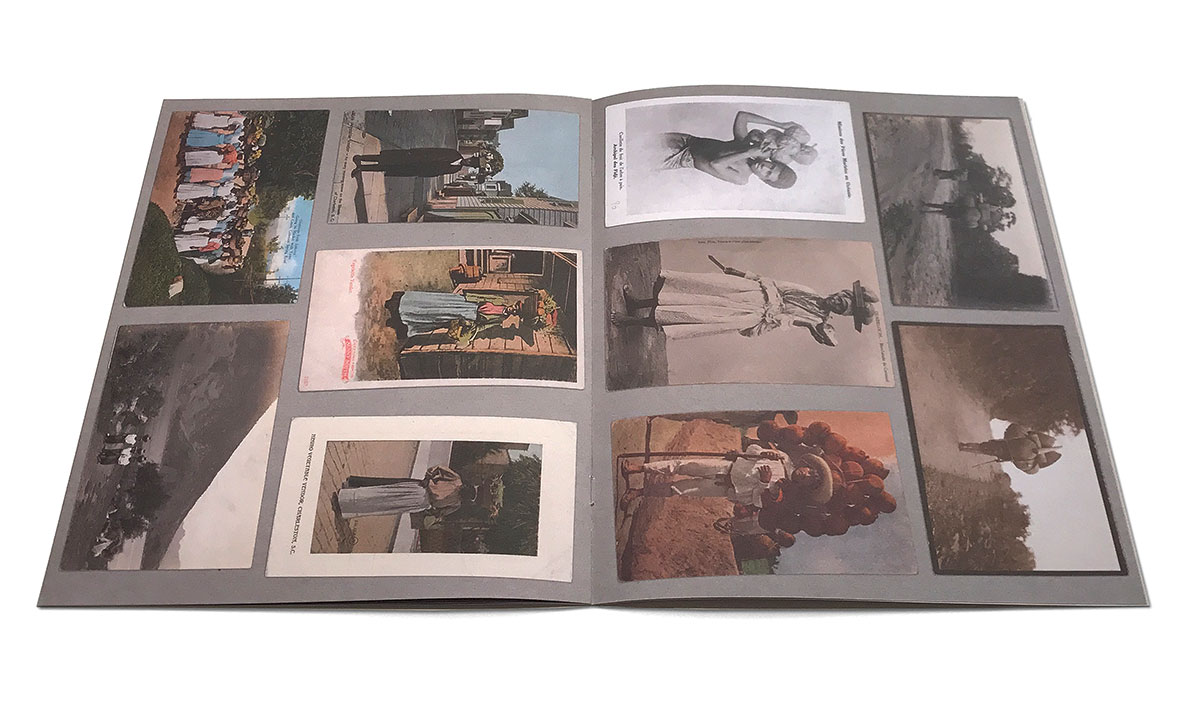 “Frederick Douglass stated, ‘Negroes can never have impartial portraits at the hands of white artists. It seems to us next to impossible for white men to take likenesses of black men without grossly exaggerating their distinctive features.’ While I am mindful of questions of the photographers’ intent and Europe’s view of the ‘other,’ as a cultural historian with a specialty in food, I look at the details revealed in these postcards: the shape of a head tie, the fabric of a dress, the gesture of a hand, and the use of a tool. It is difficult to impute motive, both to photographers and sitters. Were the models victimized, or were they complicit in some way?”—Jessica Harris

Culinary historian and cookbook author Jessica Harris has collected postcards of Africans in the Diaspora for the past 25 years; she is particularly interested in images of people working with food, images of festivitiies, and images of women. Here, she curates a selection of striking portrayals of residents of Africa, the Carribbean, and the Americas bearing burdens both physical and metaphorical.

Brooklyn-based Jessica Harris is the author of 11 cookbooks documenting the foods and foodways of the African Diaspora, including Iron Pots and Wooden Spoons: Africa’s Gifts to New World Cooking (Atheneum, 1989), Tasting Brazil: Regional Recipes and Reminiscences (Wiley, 1992), and Beyond Gumbo: Creole Fusion Food (Simon & Schuster, 2003); her most recent published work is High on the Hog: A Culinary Journey from Africa to America (Bloomsbury USA, 2012). Harris has worked for more than three decades as a journalist writing for publications such as Essence (where she was travel editor from 1977 to 1980), Gourmet, Food & Wine, and The Village Voice, for whom she served as a restaurant reviewer for seven years. A culinary historian, Harris has lectured on African-American foodways at the American Museum of Natural History in New York, the Smithsonian Institution in Washington, D.C., and numerous other institutions throughout the United States and abroad. She has received accolades from organizations including Walt Disney World Epcot Center, Eating Well magazine, and the Southern Foodways Alliance, which honored her with a lifetime achievement award in 2004. Harris has also made TV appearances on The Today Show, Good Morning America, and B. Smith with Style. A tenured professor of English at Queens College/CUNY, she holds degrees from Bryn Mawr College, Queens College, and the Université de Nancy, France; she received her doctorate in Performance Studies from New York University.