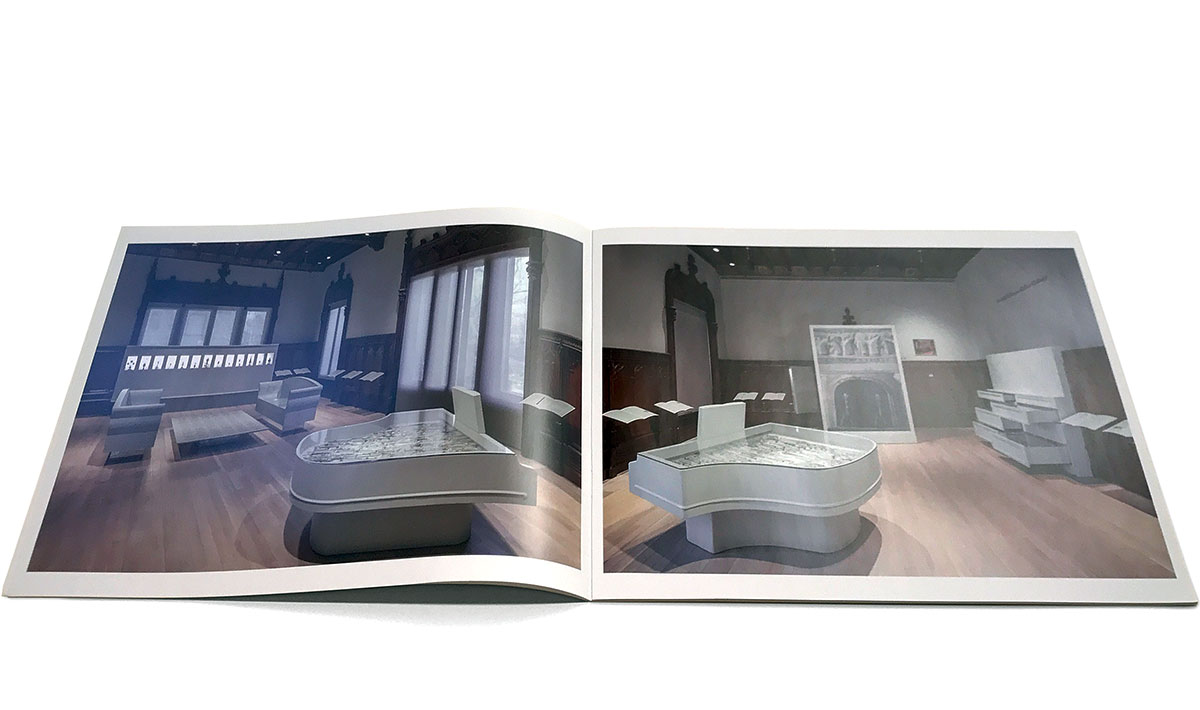 Artist Barbara Bloom re-presents selections from her lauded 2013 exhibition “As It Were...So to Speak” at the Jewish Museum in New York City, for which she recontextualized hundreds of materials, ranging from Torah pointers to spice containers, from the Museum’s archive with her trademark wit, elegance, and conceptual rigor.

Multimedia artist Barbara Bloom did her undergraduate work at Bennington College in Vermont and received her B.F.A. at the California Institute of the Arts in Valencia, California, where she studied with Conceptual artist John Baldessari. Since then, she has garnered numerous awards and honors, including the Venice Biennale Aperto prize for best young artist and the Due Miller Prize (both in 1988); a Louis Comfort Tiffany Foundation Award (1989); a Frederick Weisman Foundation Award (1991); and a Wexner Center for the Arts Residency Award (1997). A Getty Research Institute Visiting Scholar in 2007, Bloom has also received numerous fellowships, among them the DAAD Berlin Artist Fellowship, the National Endowment for the Arts Visual Artist’s Fellowship in Photography, and a Guggenheim Fellowship in Visual Art.  Represented by Tracey Williams Ltd. in New York, she has exhibited in multiple solo and group shows at institutions such as the Museum of Modern Art, New York; the Museum of Contemporary Art, Los Angeles; the Serpentine Gallery, London; Luttgenmeijer Gallery, Germany; Den Haag Sculptuur, Netherlands; Galerie Raffaella Cortese, Milan; Doulon Museum of Art, Shanghai, China; and Galerie Pièce Unique, France. A monograph of Bloom’s work, The Collections of Barbara Bloom, was published in 2008 by Steidl/International Center for Photography; designed by the artist, it features essays by Dave Hickey and Susan Tallman. The Los Angeles native currently lives and works in New York City, where she staged her most recent solo exhibition, Barbara Bloom: As It Were...So to Speak, at the Jewish Museum in 2013.