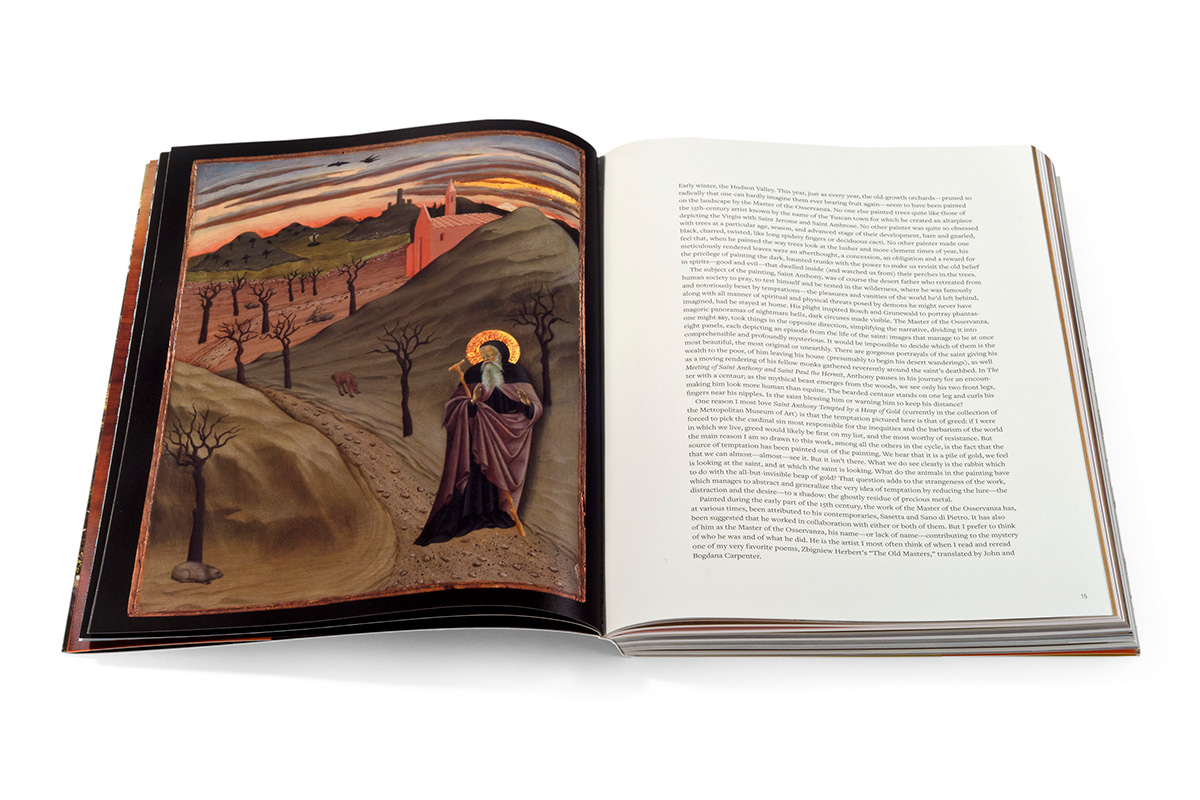 “No other painter made one feel that, when he painted the way trees look at the lusher and more clement times of year, his meticulously rendered leaves were an afterthought, a concession, an obligation and a reward for the privilege of painting the dark, haunted trunks with the power to make us revisit the old belief in spirits—good and evil—that dwelled inside (and watched us from) their perches in the trees.”—Francine Prose

In the first installment of a new series, novelist, essayist, and translator Francine Prose offers evocative commentary—including her incorporation of a poem by the late Zbigniew Herbert—about a haunting 15th-century painting in the Metropolitan Museum of Art by the Master of the Osservanza.

Born and raised in Brooklyn, Francine Prose is an acclaimed American novelist, essayist, translator, educator, and critic who has written more than 30 books, including the novels Household Saints (1981) and Blue Angel (2000, National Book Award finalist) and the nonfiction works Reading Like a Writer (2006) and Peggy Guggenheim: The Shock of the Modern (2015). Among the numerous awards Prose has received for her work are a PEN Translation Prize (1988), a Guggenheim Fellowship (1991), a Rome Prize (2006), and a Washington University International Humanities Medal (2010); she was inducted into the American Academy of Arts and Letters in 2010. Prose, who served as the PEN American Center president from 2007 to 2009, has been a visiting professor and writer-in-residence at Bard College.

Zbigniew Herbert (1924–1998) was a Polish poet, essayist, and dramatist. His major works include The Chord of Light (1956), Mr. Cogito (1974), Report from the Besieged City (1984), and Elegy for the Departure (1999). Herbert was the recipient of the 1964 Kocielski Foundation Prize, the 1965 National Austrian Lenau Prize, the 1965 Alfred Jurzykowski Prize, and the 1991 Jerusalem Prize. The Zbigniew Herbert International Literary Award was established in 2013 to secure and honor his legacy, and the Polish government named 2008 “The Year of Zbigniew Herbert.”