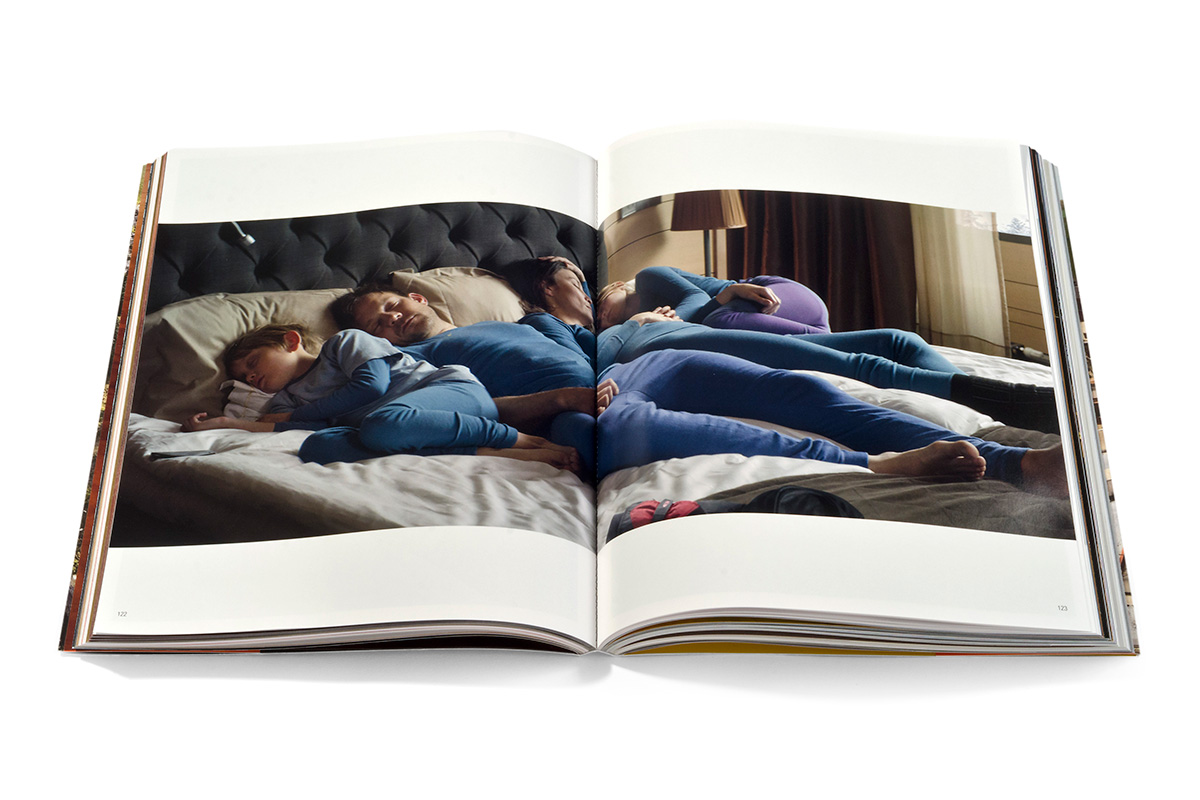 “When I first heard the premise of Force Majeure, it sounded like one of those tedious questions people ask at dinner parties after too much wine: ‘If you were on a ski vacation with your wife and kids and saw an avalanche approaching, who would you save? Your wife and kids? Or yourself?’”—Alex Witchel

Swedish director Ruben Östlund’s film Force Majeure garnered substantial critical acclaim upon its release in 2014 for its darkly comic take on family dynamics and gender roles. It also happened to be one of the most beautiful films of the year, shot by cinematographer Fredrik Wenzel. We feature 100 still images from the film in the issue, accompanied by a essay from writer Alex Witchel.

Ruben Östlund is a Swedish filmmaker and screenwriter who began his career making skiing films in the 1990s. He eventually went on to study at the film school in Gothenburg, graduating in 2001. His features include The Guitar Mongoloid (2004), Involuntary (2008), Play (2011), Force Majeure (2014), and The Square (2017); Force Majeure was awarded the Jury Prize in the Un Certain Regard section of the 2014 Cannes Film Festival, and The Square received the Palme d’Or at the 2017 Cannes Film Festival. Östlund’s short film Incident by a Bank won the Golden Bear for Best Short Film at the 2009 Berlin International Film Festival.

Alex Witchel is a writer and critic based in New York City who has been a columnist for The New York Times as well as a staff writer for The New York Times Magazine and Vanity Fair. Witchel holds a B.A. from Wheaton College and an M.A. in theater administration from Yale University School of Drama. Her books include the novel Me Times Three (2002) and the memoir All Gone (2012).