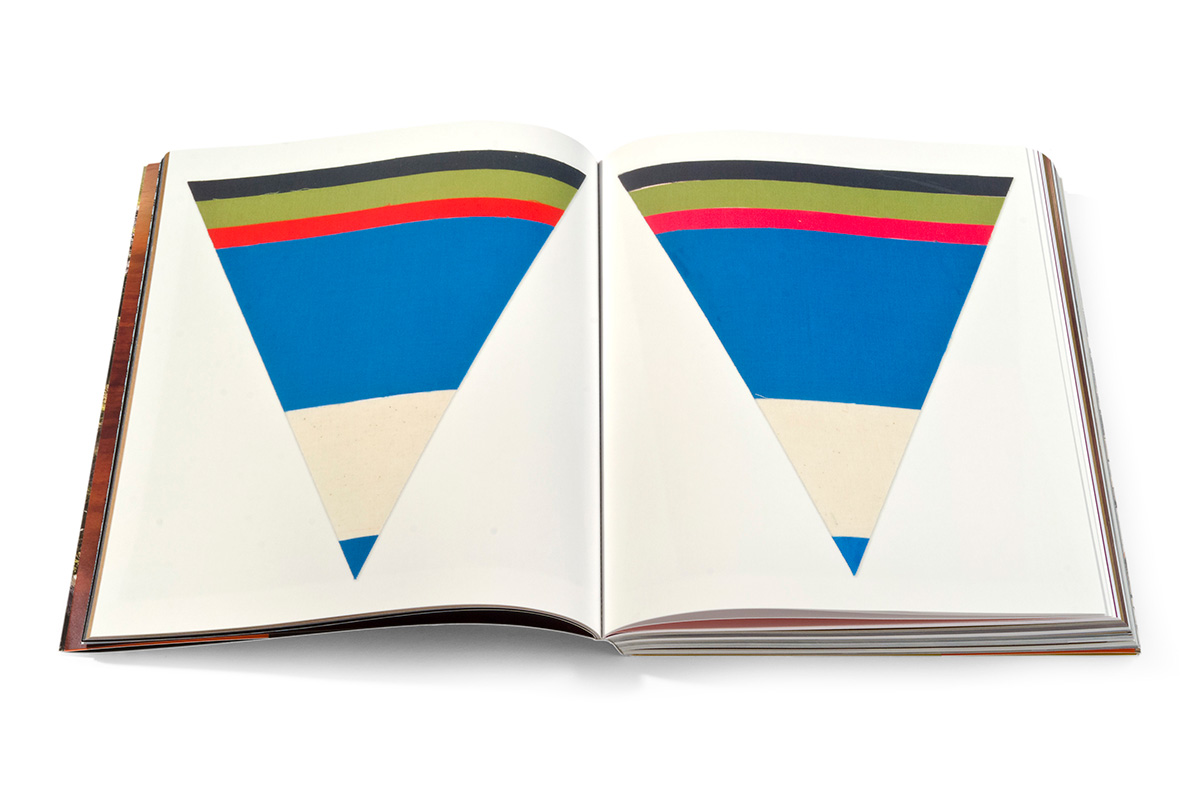 Brooklyn-based Paolo Arao, best-known for his exquisitely rendered abstract paintings, created a brand-new body of work—Flagettes, a series of vibrant fabric collages—for Esopus 25 while at a residency at the Vermont Studio Center. The issue presents seven diptychs across 16 pages.

Paolo Arao is a visual artist who has been living and working in Brooklyn since 2000. He received a B.F.A. in painting from Virginia Commonwealth University in 1999 and has completed residencies at the Vermont Studio Center and The Atlantic Center of the Arts. His solo exhibitions include three shows at Jeff Bailey Gallery in New York—Make Them Love You (2004), Intermission (2006), and Fornever (2008)—as well as Between the Lights at Franklin Art Works, Minneapolis (2010). Arao has been featured in numerous group shows and has received fellowships from the New York Foundation for the Arts (2005) and Socrates Sculpture Park (2002).