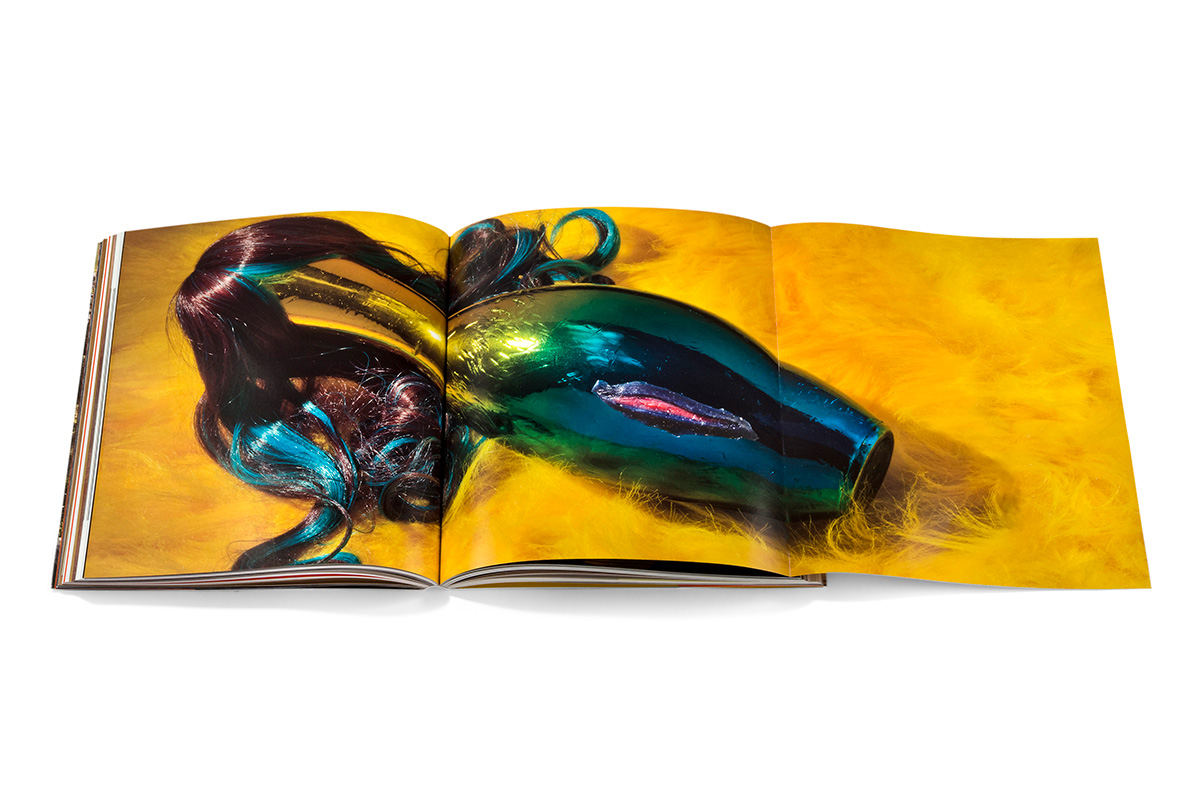 For her 16-page project Pinheads, emerging artist Elizabeth Ferry brings an entirely new perspective to the historical genre of the magazine "pinup"—complete with a sensuous centerfold (shown above).

Brooklyn–based artist Elizabeth Ferry received a B.A. in studio art from Knox College and an M.F.A. from Washington University in St. Louis. Her work has been included in numerous group shows and has been the subject of solo exhibitions at the NADA Art Fair in New York (2015); Honey Ramka, New York (2016); Julius Caesar in Chicago (2017); and Grice Bench in Los Angeles (2017). Ferry completed a residency at Cité Internationale des Arts in Paris in 2009.