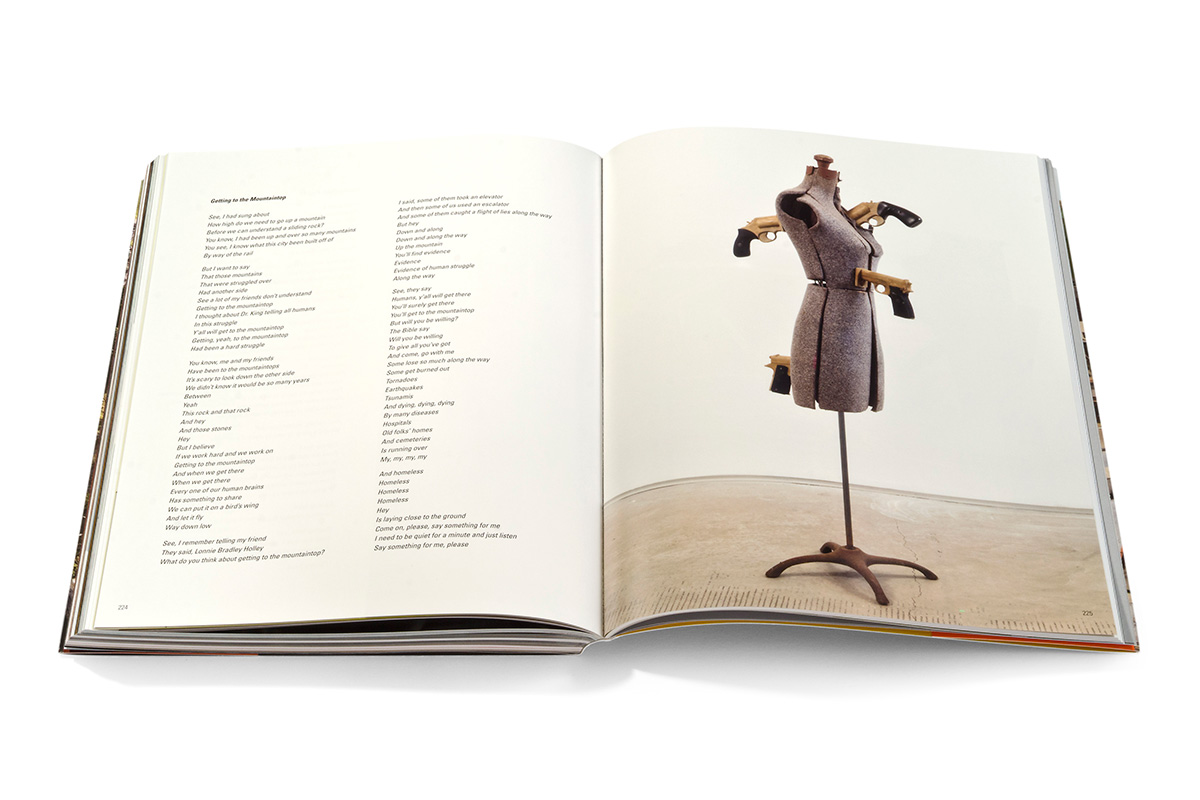 “My art and my music are like Siamese twins that I have never tried to separate. When I sit down to make music, or art, I’m always looking at the past, the now, and far off into the future for greater ideas about how to make the world we live in a better place. My mother gave birth to me and put me out on Mother Earth. But my mama’s gone now, so Mother Earth and Mother Universe are the only two I’ve got left, and I will continue to work to show appreciation to them and to the ancestors within.”—Lonnie Holley

A rich sampling of artworks and song lyrics, all transcribed and published here for the first time, by the Atlanta–based artist and musician (dubbed “the insider’s outsider” by The New York Times) whose remarkable oeuvre—whether it be found revelatory assemblages, drawings, paintings, or songs—comes from a deeply improvisatory methodology.

Artist and musician Lonnie Holley was born and raised in Birmingham, Alabama. His artwork has been the subject of numerous one-person exhibitions, including Lonnie Holley: I Snuck off the Slave Ship at Atlanta Contemporary Art Center (2017); Thumbs Up for the Mother Ship (with Dawn DeDeaux) at MASS MoCA, North Adams, Massachusetts (2017); Do We Think Too Much? I Don’t Think We Can Ever Stop: Lonnie Holley, A 25-Year Survey at the Birmingham Museum of Art (2003); and several shows at James Fuentes Gallery, New York, which represents the artist. His work is in the collections of the Metropolitan Museum of Art and the Smithsonian American Art Museum, among others. Holley, who has collaborated musically with Dirty Projectors and Animal Collective, debuted his first solo album, Keeping a Record of It, on the Dust-to-Digital label in 2013; his second LP will be released by Jagjaguwar Records in the fall of 2018.