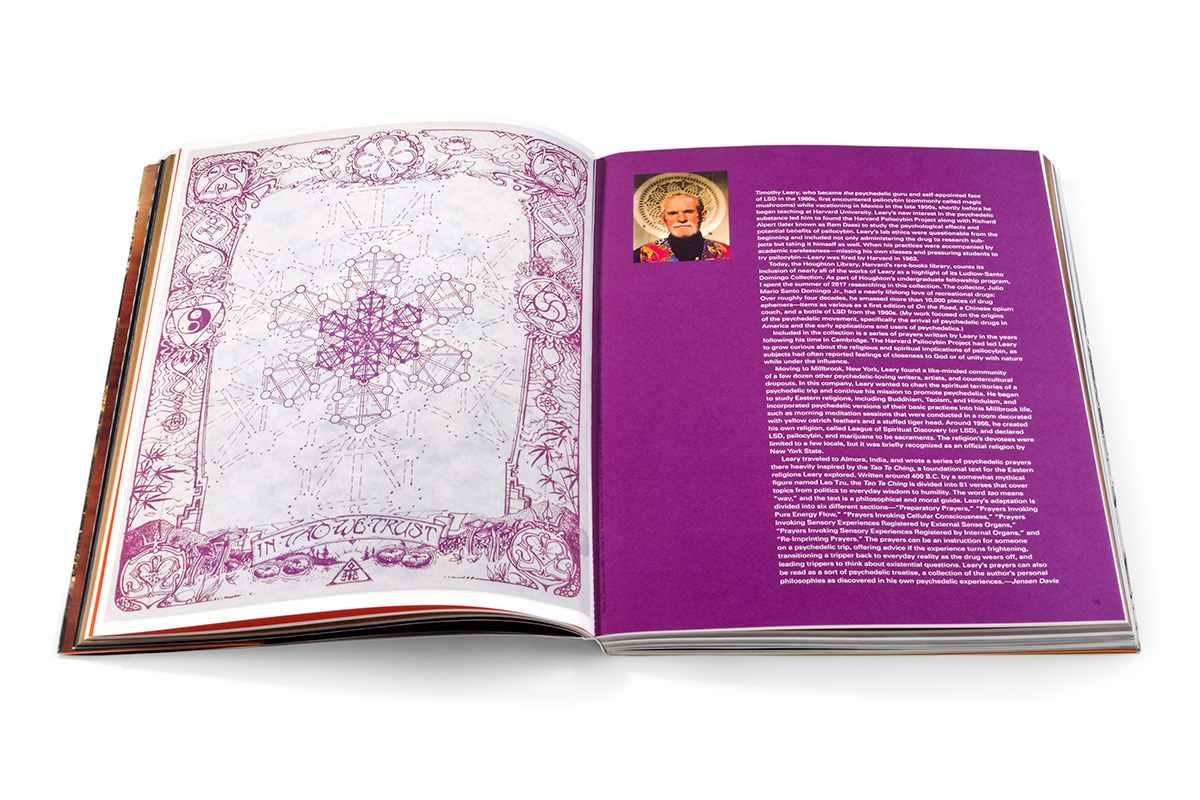 Once described by President Richard Nixon as “the most dangerous man in America,” Timothy Leary (1920–1996) was a clinical psychologist and writer best known for his advocacy of the therapeutic effects of the hallucinogenic drugs LSD and psilocybin, based on his research at Harvard University in the late 1950s and early 1960s. After being dismissed from the Harvard faculty in 1963, Leary relocated to a 64-room mansion in Millbrook, New York, where he continued his work until the project was shut down after numerous FBI raids. In 1967, Leary moved to California, where for the next 30 years he wrote, lectured, and developed “transhumanist” concepts involving space migration, intelligence increase, and life extension. Over the course of his life, Leary published more than 20 books, including The Politics of Ecstasy (1960), The Psychedelic Experience (1964), and Flashbacks (1983).

Harvard University sophomore Jensen Davis writes for The Harvard Crimson and The Harvard Political Review. She was selected as a 2017 Houghton Library Fellow.