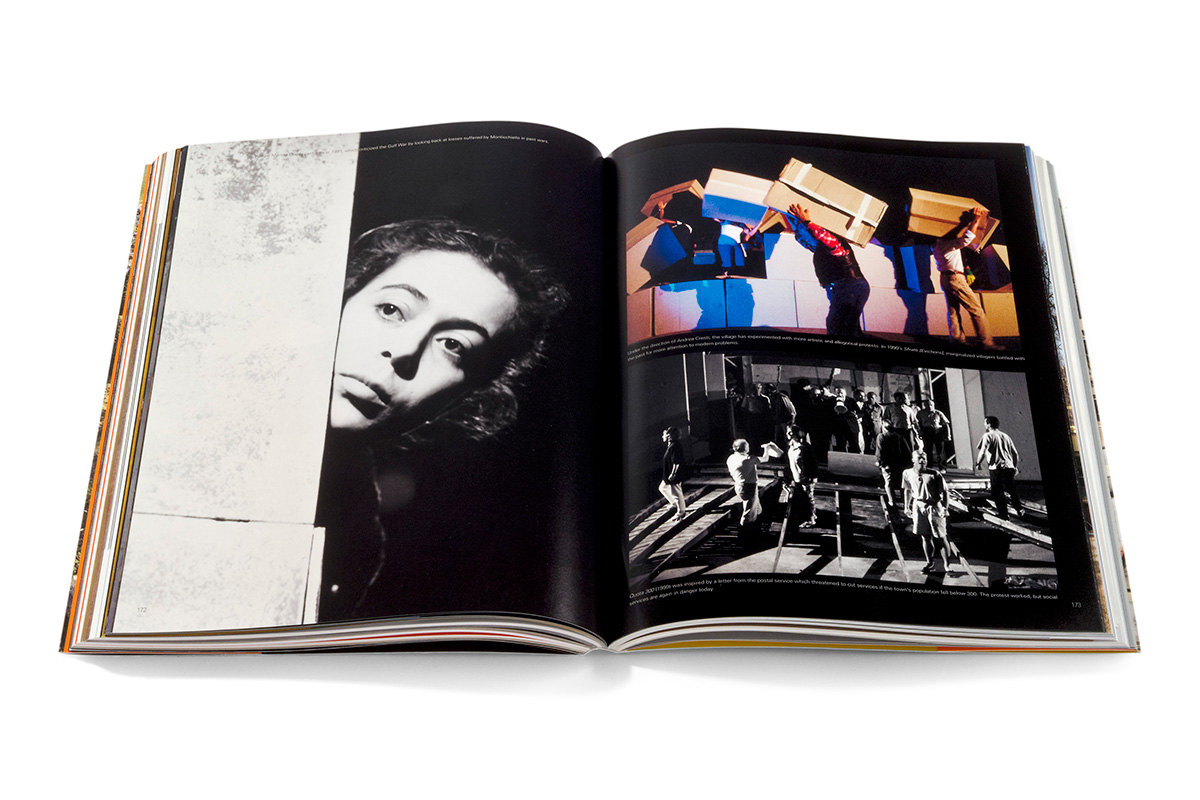 “I think all of our plays have a tension-relieving effect. Tensions are normal in a community. There are and will always be tensions. But theater—if we are able to face those tensions onstage, theater can be incredibly therapeutic.”—Andrea Cresti

The villagers of the tiny Tuscan town Monticchiello have found a very unusual way of dealing with their problems: each summer, they turn their lives into a play. This fascinating piece, contributed by Chris Shellen, who codirected Spettacolo, a 2017 documentary about the town's "autodramas," features photographs and ephemera (including a removable insert) from 50 years' worth of productions, and includes a fascinating interview Shellen conducted with the theater's artistic director, Andrea Cresti.

California-based Chris Shellen was the producer of the award-winning 2012 documentary Marwencol and coauthor of its companion book, Welcome to Marwencol (2015). In 2017, she codirected the documentary Specttacolo with her husband Jeff Malmberg, which premiered at the SXSW Film Festival.